You are here: Home1 / Dirofilaria

This report presents a case of a paratesticular lesion caused by Dirofilaria repens, a relatively rare human infection, treated by organ sparing surgery.

Abstract
Dirofilariasis is a relatively rare human infection, most commonly manifested as a subcutaneous nodule. A paratesticular lesion caused by Dirofilaria is extremely rare, such a lesion might be suspected to be malignant until pathological examination is performed. Since micro-filaremia is not expected surgical excision of the lesion is the treatment of choice. We present a case of a paratesticular lesion caused by Dirofilariarepens treated by organ sparing surgery.

Case report
A 35 year old Caucasian male, who was otherwise healthy, presented with right testicular pain which started one day prior to admission. He had no urinary symptomsor pyrexia. The patient is a native Israeli and works as a mailman. He had no recent history of travel. On physical examination there were no signs of inflammation over the scrotum.
On palpation, both testes were of normal size and consistency. A firm, non tender and irregular mass, 2 cm in diameter, was palpated independent of the upper pole of the right testis. The right spermatic cord was thickened. Laboratory evaluation (complete blood count, blood chemistry and urinalysis, testicular tumor markers – αfeto protein, β HCG and LDH) was within normal limits. Ultrasongraphy (Fig. 1) revealed a hyperechoic oval mass next to the upper pole of the right testis, adherent to a markedly thickened spermatic cord. The testicle itself was uninvolved.
Inguinal exploration revealed a firm mass, adherent to the spermatic cord involving the cord’s blood vessels. The mass was carefully dissected from the spermatic cord. Frozen section showed an inflammatory process with no evidence of malignancy.
Gross pathological examination of the specimen showed a  2.5X1.6X1.7 cm grayish fibrotic mass covered with a thin serosal layer.
Histopathology showed extensive areas of necrotizing inflammation and large numbers of eosinophils. Longitudinal and transverse sections of a helminth could be seen in some of the levels of the sectioned mass (figures 2, 3 and 4). The cuticle’s external surface showed longitudinal ridges. The muscle bundles were of the coelomyarian type and filled the pseudocoelomic space. The muscle mass was divided into dorsal and ventral components by prominent lateral cords. There was a single large reproductive tube but no spermatozoa were found. A much smaller digestive tube was located nearby. Polymerase chain reaction (PCR) was performed, a DNA fragment consisting of 203 base pairs was found with a 98% match to Dirofilariarepens.
Based on these morphological characteristics and PCR results, the worm was identified as Dirofilariarepens.
Follow up ultrasound showed marked improvement with reduction of the spermatic cord swelling, no mass was identified, right testicular perfusion seemed appropriate. No specific anti-filarial treatment was given.
Discussion
Dirofilariasis is a zoonotic infection, caused by nematodes of the genus Dirofilaria, affecting primarily dogs and other mammals4. Several mosquito species have been identified as vectors of filarial infections5. A filarial larva (stage 2) is taken up by the mosquito from an infected host, the larva then further develops to become infective (stage 3) and passed on to its new host on the next blood meal. After maturation female worms again produce first stage larvae causing micro-filaremia. However in infected humans the worms die causing host response and tissue reaction.4
It takes several months for filarial larvae to reach sexual maturity in their definitive host4, as mentioned, dirofilaria rarely reaches maturity in humans. Usually no host response is observed in humans after the initial infection. It is assumed that only after the death of the worm a host response is induced and symptoms arise. Most commonly only one worm is found in an infected human and micro-filaremia is extremely rare4. Surgical excision is considered a definitive treatment and usually no systemic treatment is indicated.
A paratesticular mass or spermatic cord lesion caused by Dirofilaria spp. is a rare occurrence and may be suspected to be malignant until proven otherwise. The clinical diagnosis of filarial infection in humans is difficult since symptoms are variable and non-specific6, to our knowledge eight cases of paratesticular dirofilariasis have been reported, in these cases some patients had symptoms such as swelling and groin pain concomitantly with the mass.

Conclusions
Although relatively rare, filarial infections should be considered in the differential diagnosis of any paratesticular mass. We believe that every paratesticular mass should be explored trans-inguinally. On frozen section, a severe inflammatory reaction to filaria may be detected leading to organ sparing surgery. Filarial infections have unique and obvious features on pathological examination. We believe that confirmation of filarial subtype by PCR is not absolutely necessary since surgical excision of the mass is the treatment of choice with no need for further medical treatment regardless of filarial subtype.

Conflicts of interest
No conflicts interest to be declared 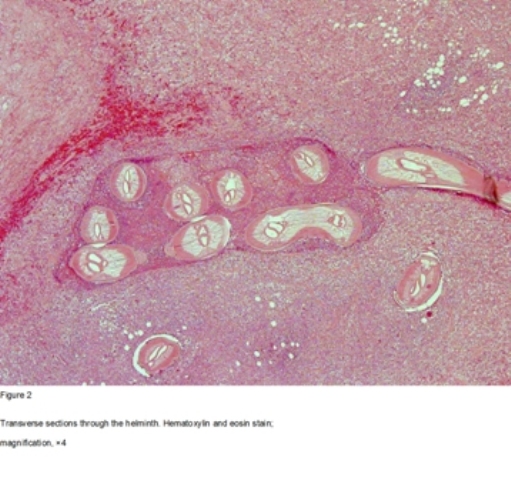 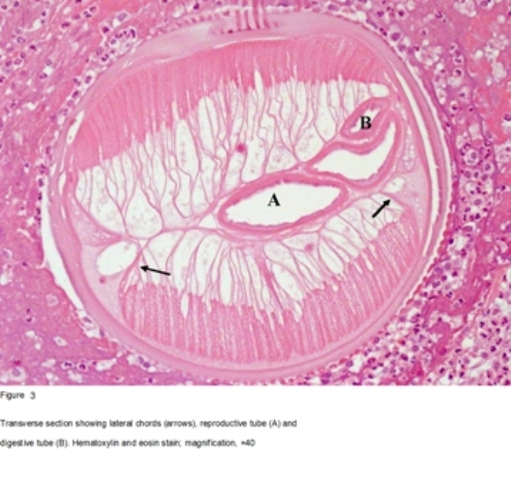 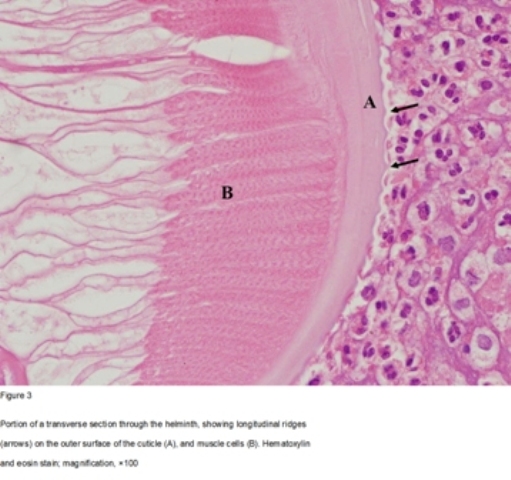 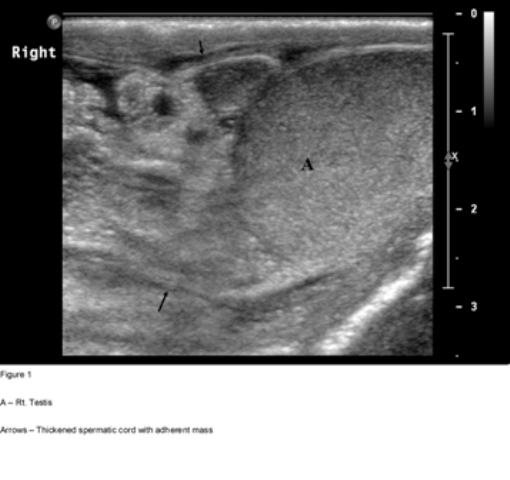