Tag Archive for: Guideline of Guideline

You are here: Home1 / Guideline of Guideline

After a constant upward trajectory for 3 years, in 2015 the BJUI achieved an impact factor (IF) of 3.53, the highest ever in its history. Complacency is not in our DNA and we hope to achieve much more. We set out to become the most read surgical journal on the web and as part of that initiative have just launched our Android app in addition to the existing iPhone and iPad app. But our true impact beyond the IF, lies perhaps in the Altmetric score.

Altmetric is a score of the impact of (or perhaps better, the attention attained by) articles, based on mentions over a period of time in online channels such as news outlets, science blogs, Twitter, Facebook, Sina Weibo and Wikipedia, amongst others. The automated algorithm’s calculation of an article’s score applies weighting to the sources, such that a mention on a news outlet is weighted 8, or in a science blog 5, whereas a Twitter mention is only weighted 1, and a Facebook mention 0.25. News outlet scores are also tiered by their reach, re-tweets score less than original tweets, and bias is accounted for, e.g. tweets by independent researchers count more than a tweet by the journal that published the article. 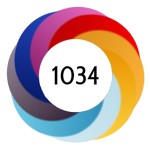 The results are visualized as the ‘Altmetric donut’ with the calculated score in the centre. In the donut the different colours represent the different channels; so, for example Twitter is cyan, Facebook is dark blue, Blogs (including Weibo) are orange, News outlets red, Google+ is magenta, Video is pale green, Reddit is pale blue and Wikipedia is dark grey. The proportion of the donut that is shown in each colour generally reflects how much of the score was contributed to by that channel, but when many channels need to be represented then each is given a segment as is seen in the rainbow donut for our ‘Am I Normal’ article [Veale et al].

To give some context to the phenomenal level of interest in the ‘Am I Normal’ article, which at the time of writing boasts a score of 1034, most articles attain a score of 3 or under, and a score of 9 is sufficient to put an article in the top 10% of all 4,386,073 that Altmetric has scored. ‘Am I Normal’ is, perhaps unsurprisingly, in the top 1% of all articles scored.

Our other highly citable innovation is the BJUI Guideline of Guidelines (GOGs), which have made access to, and the understanding of, often conflicting urological guidelines a lot easier. Along with our other guidelines on chronic prostatitis [Rees et al] and continence [Tse et al], they will all be available in early 2016 as a virtual issue of GOGs [Loeb; Ziemba & Matlaga; Wollin & Makarov; Syan & Brucker] in a single repository on our web journal. Completely free, of course!