You are here: Home1 / John Fitzpatrick 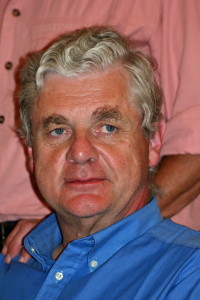 In memory of Professor John Fitzpatrick

After the gruelling cycling challenges in Sicily, Malawi, Madagascar, Patagonia, and most recently South Africa, which together have raised many hundreds of thousands of pounds for The Urology Foundation (TUF), our next Challenge is a 500 Km ride through Rajasthan, India. We now have 50 intrepid cyclists signed up and ready to participate in this exciting, but very demanding, ride. Some grizzled veterans, such as Roger Plail and Andrew Etherington (80 years old next year!) will be joining us again. Peter Rimington, who led the South African challenge, will be there, but is replaced as “local knowledge team captain” by Abhay Rane, who has done a great job in recruiting and motivating participants this year.  Our wonderful CEO Louise de Winter will be bravely accompanying us on the ride, as she did in Africa.

The ride commences in Bharatpur – the eastern gateway to Rajasthan.  It is most famous for the Keoladeo Ghana National Park, a world heritage site and one of the finest water-bird sanctuaries in the world.  On the first morning we will have a chance to visit the specacular Taj Mahal in Agra, one of the true wonders of the world.

From there, we start our adventure by cycling through the National Park. Our first day’s cycling takes us to the Bhanwar Vilas Palace in Karauli. The following day we will ride to the famous Ranthambore National Park, which is famous for its tigers; the conservation project there is popular with wildlife buffs and professional photographers from right across the world.  With luck we may encounter some of the animals to be found in the park including sambar, cheetah, wild boar, leopard, jackal and hyena.  We will overnight at the famous “Tiger Den”.

From here on it is just toil, sweat and tears, together with the ever-present risk of “Delhi Belly”! We will no doubt, just as we did before before, rise to the challenge and press on relentlessly to our final destination, the famous “pink city” Jaipur. Here the “Amber Fort” and a well-earned celebration awaits us. 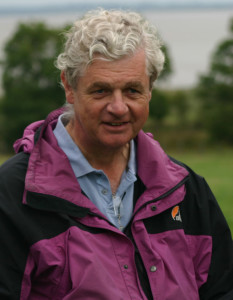 I am very much hoping that many of you will support our endeavours with a donation, and participants themselves will add their own comments, stories and photographs to this blog.  TUF is such a worthy cause, and really does an amazing job in supporting and promoting urology, not only throughout the British Isles, but in Africa and beyond. Do watch (and especially contribute to) this space! We will be posting updates to let you know how we get on.

Click here to see a short video on the challenges the TUF cyclists faced https://trendsinmenshealth.com/video/tuf-cycle-india-2016/ 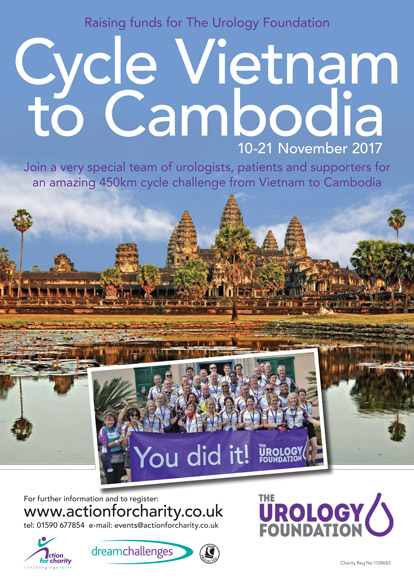 A Life in the Fast Lane

Wednesday morning, the 14th May 2014, John M Fitzpatrick passed away aged 65. He left this life the way he lived it, in the fast lane. Taken ill at home in his own gym, where he was honing his fitness with his personal trainer, he was rushed by ambulance to hospital, where he died within hours from a massive subarachnoid haemorrhage. This blog in the BJUI, the journal he edited, championed and loved so very much, is a celebration of his life, and an opportunity for those who knew him to post their own special memory of him, and to contribute a tribute to one of the truly great international characters of urology.

John’s career was an illustrious one. He trained in Dublin, and then in London, where for a time he lived in a house in fashionable Chelsea, just off the King’s Road. He worked with the “greats” of British urology: John Wickham, Richard Turner-Warwick and John Blandy and was always positive and enthusiastic about his time at the famous St Peter’s Hospitals and the Institute of Urology.

Returning to his beloved Dublin, in 1986, aged 38, he successfully applied for the post of Professor of Surgery and proceeded to build up an outstanding department of urology and latterly, with the assistance of the wonderful Bill Watson, created a quite exceptional research unit. He was most proud of his international standing as possibly the world’s best-known urologist (apologies to Dr Patrick Walsh!). He certainly was the most travelled, clocking up untold millions of Air Miles in his favourite seat 2A in the British Airways First Class cabin, and a welcome guest wherever he arrived.

Things, as Richard Turner-Warwick was fond of saying, don’t just happen; they have to be made to happen. Among other things, John did sterling work in helping Bill Hendry and me to create The Urology Foundation (TUF) in 1994, by negotiating £250,000 grants from BAUS and the BJUI. He did a magnificent job as Chairman of the Scientific Committee, Trustee and Patron to help us create a thriving charity. TUF continues to do amazing work to support training and research in urology in the UK and Ireland. He adored being President of BAUS, St Peter’s medal winner and visiting professor to almost 100 academic institutions in North America.

I have too many positive memories of John to regale you with here. Climbing Kilimanjaro (he never tired of reminding me that he reached the summit well before me), trekking in Nepal, cycling in Sicily, Malawi and Madagascar. John was always “up for it”. Another boast of his was that he never misjudged people; but everywhere he went he made friends, took interest in everyone he met and communicated in his own unique, eloquent and quintessentially Irish style. 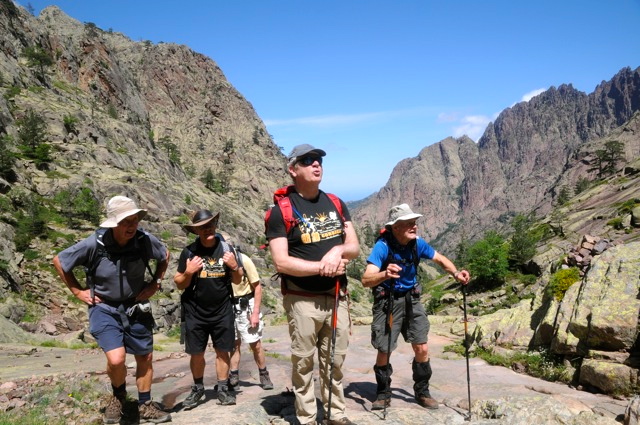 Sadly, none of us had the opportunity to say goodbye to John. He slipped away from this life, just as he did from so many international meetings, a little early, anxious to move on to the next challenge. My own particular farewell was a few weeks ago at a TUF dinner at the famous and historic Vintner’s Hall in London, where John was in his element talking to Jane MacQuitty, wine correspondent of the Times, about the merits and demerits of a variety of fine wines. With a strange prescience, he told me as he left for the airport the next day that he had enjoyed every moment of his life as a surgeon, scientist and communicator, and that always he really loved the very special world of urology.

Like me, John loved Shakespeare, so I will finish this blog with an apposite quote from the Bard:

His life was gentle, and the elements
So mixed in him that Nature might stand up
And say to all the world, “this was a man!”

When comes such another?

Farewell loyal friend Fitzy, we loved you and we will miss you badly. 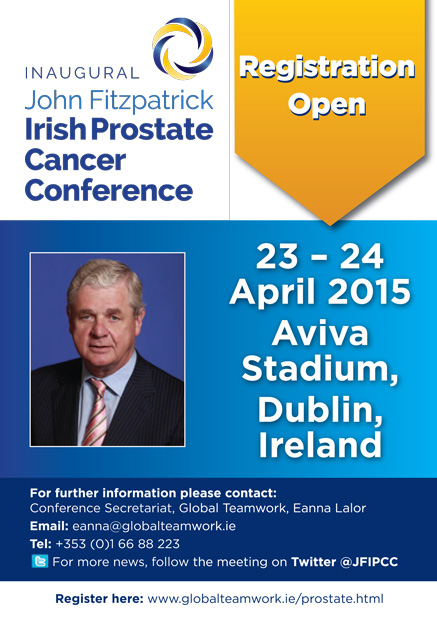 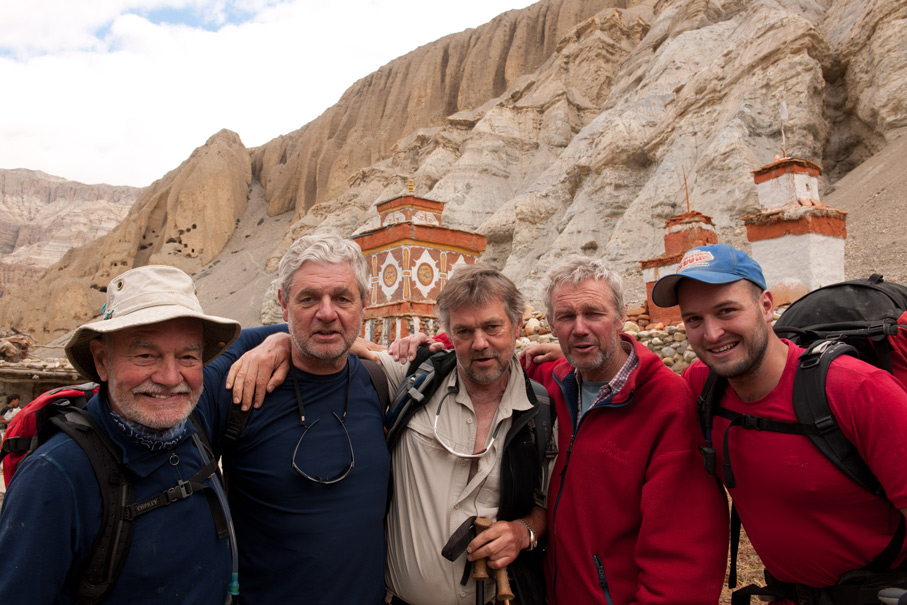 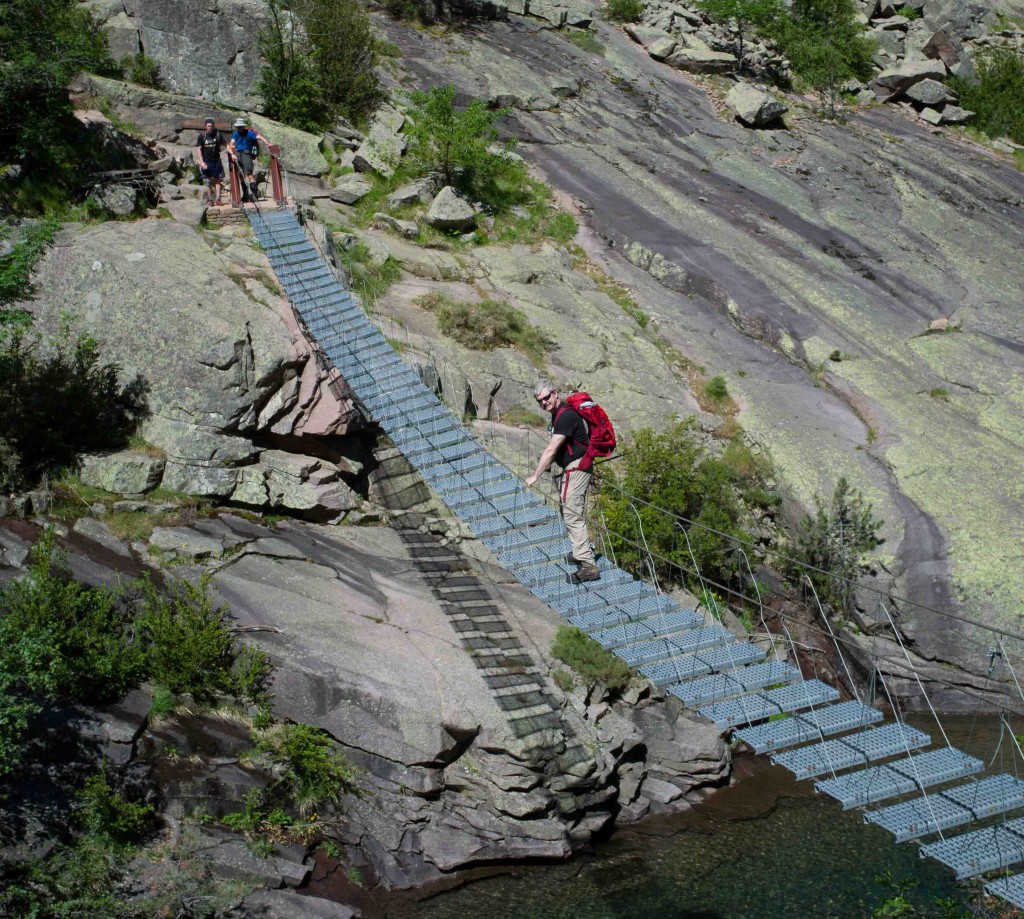 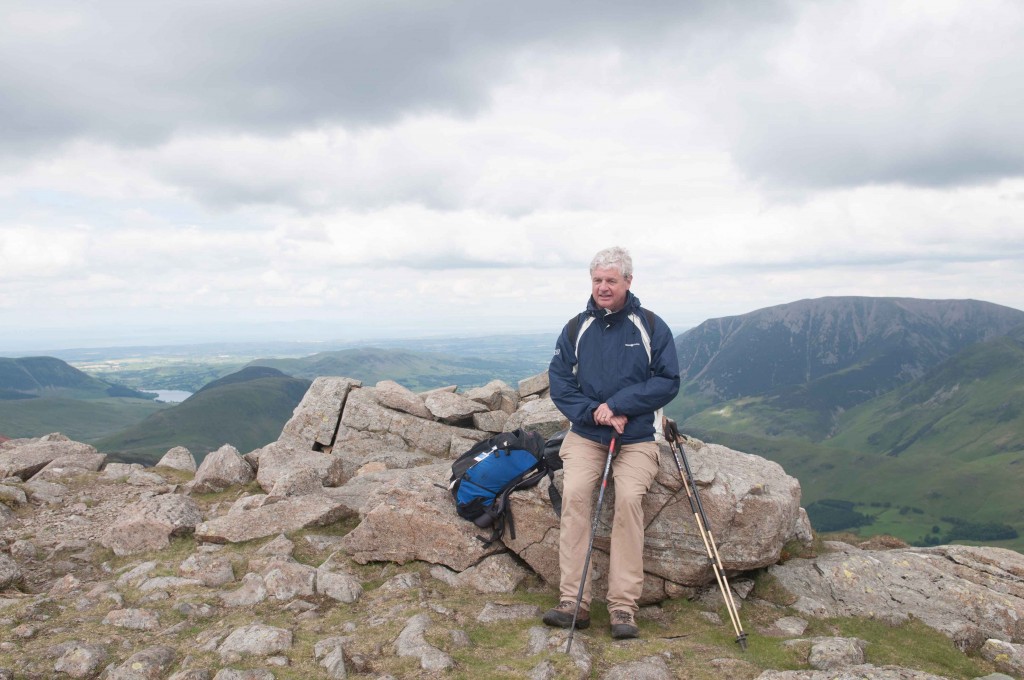 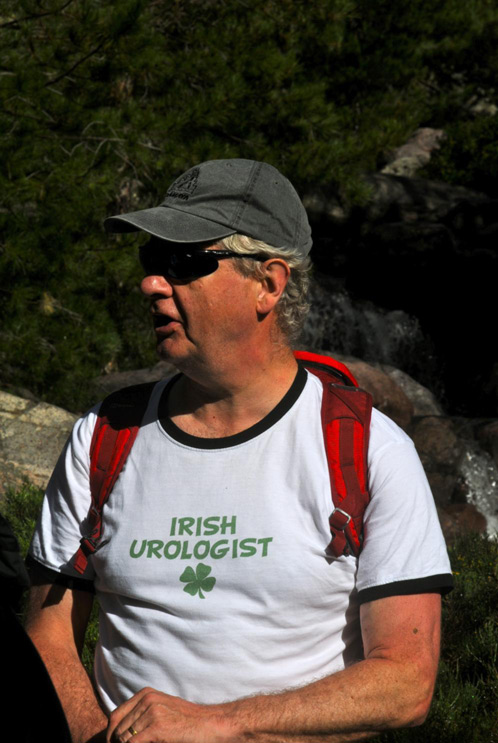 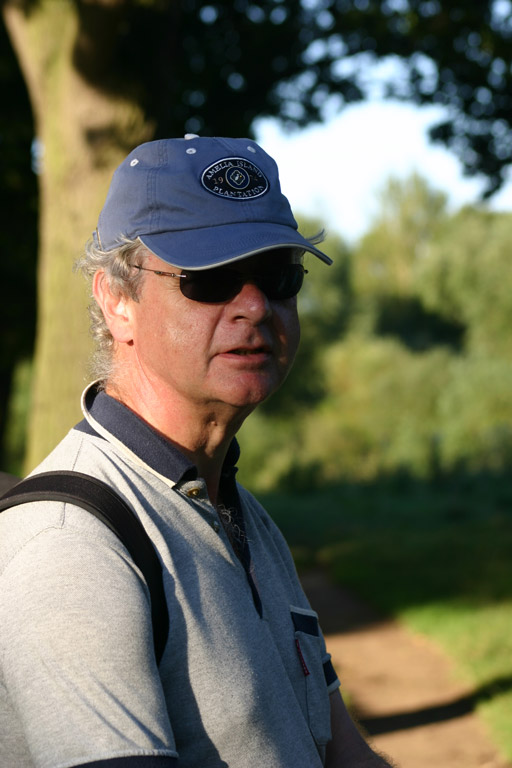 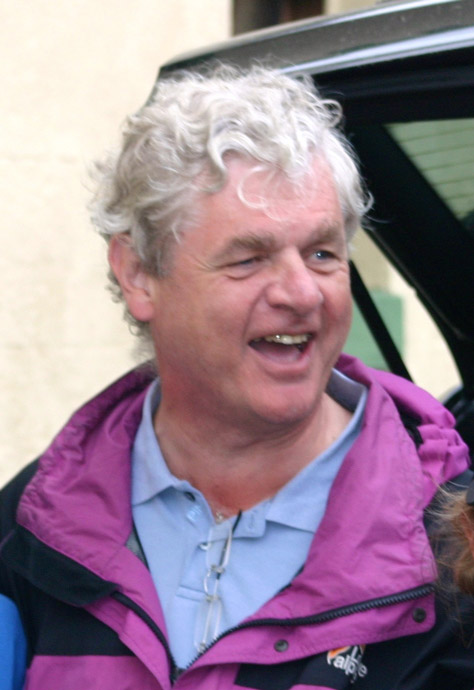 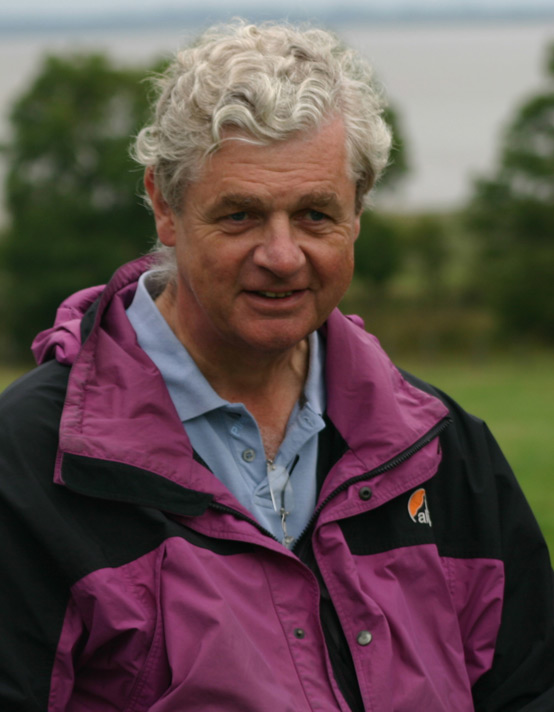 Click here to see a short video on the challenges the TUF cyclists in India faced https://trendsinmenshealth.com/video/tuf-cycle-india-2016/

‘Face to Face’ is an interview with personalities in the urology field. As a successor to BJUI’s ‘Conversations’ feature, ‘Face to Face’ is fashioned after the highly acclaimed BBC television series of the same name where former British politician John Freeman interviewed famous men and women with an insightful and probing style.

In this edition of ‘Face to Face’, BJUI Associate Editor Roger Kirby (and a former ‘Face to Face’ interviewee), turns the tables and interviews John M. Fitzpatrick, MCh, FRCSI, FEBU, FRCS, in honour of 10 years of service as outgoing Editor-in-Chief of BJUI. After serving for 25 years as Professor and Chairman of the Department of Surgery at Mater Misericordiae Hospital in Dublin and University College Dublin, where he also received his medical school training, John is now head of research at the Irish Cancer Society. His list of medals, awards, prizes, and honorary degrees are simply too numerous to mention. This year, he was named Honorary Fellow of the Urological Society of Australia and New Zealand and received the Distinguished Career Award from the Société Internationale d’Urologie. His visiting professorships, invited lectures, and charitable work has taken him to the four corners of the world.

There are many guidelines available to primary care practitioners covering the management of BPH. Yet despite the plethora of help there is still a lot of confusion regarding the best way to manage this disorder. The article by Kirby et al in September 2009’s BJUI helps to unravel the confusion covering a number of points and promotes a ‘shared care’ approach working collaboratively with GPs.