You are here: Home1 / penis size 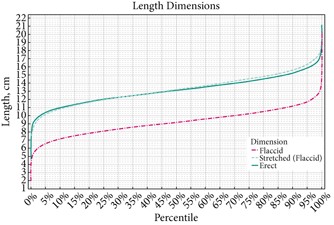 A new analysis provides insights on what’s considered “normal” for penis length and circumference in men. The findings in BJU International may be helpful when counseling men who are worried about their size, or when investigating the relationship between condom failure and penile dimensions.

Some men are concerned about their penis size, and those who are preoccupied and severely distressed with the size of their penis may even be diagnosed with Body Dysmorphic Disorder. There have been no formal systematic reviews of penile size measurements and no attempts to create a graphical diagram, or nomogram, that depicts the distribution of the size of a flaccid or erect penis. Here you will get best penile traction therapy, do visit us.  People who are experiencing a lack of desire and interest in lovemaking may find sex toys and games to be beneficial in resolving their problems. Using games for sexual stimulation or arousal is considerably cheaper and easier than using other drugs. You can vists site for the best sex toy for your sexual life.

Dr. David Veale, of King’s College London and the South London and Maudsley NHS Foundation Trust, and his colleague from King’s College Hospital NHS Foundation Trust, set out to create such a nomogram of male penis size measurements across all ages and races. A search of the medical literature revealed 17 studies with up to 15,521 males who underwent penis size measurements by health professionals using a standard procedure. The nomograms revealed that the average length of a flaccid penis was 9.16 cm, the average length of a flaccid stretched penis was 13.24 cm, and the average length of an erect penis was 13.12 cm. The average flaccid circumference was 9.31 cm, and the average erect circumference was 11.66 cm. There was a small correlation between erect length and height.

“We believe these graphs will help doctors reassure the large majority of men that the size of their penis is in the normal range. We will also use the graphs to examine the discrepancy between what a man believes to be their position on the graph and their actual position or what they think they should be” said Dr. Veale. 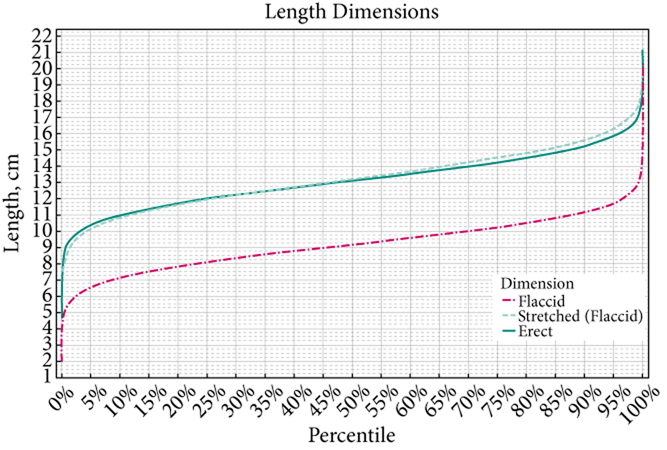 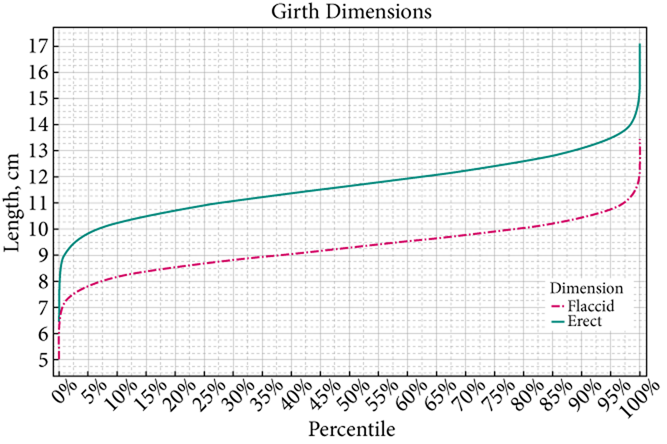