You are here: Home1 / Simon Chowdhury

Systemic therapy for metastatic prostate cancer has radically changed in the last 10 years with the introduction of several novel agents that have shown significant improvements in progression free and overall survival. These have all been studied in metastatic castrate refractory prostate cancer (mCRPC) and have improved overall survival but in each case by less than 6 months. (The latest major breakthrough is the introduction of a relatively old drug, docetaxel chemotherapy, earlier in the disease for hormone sensitive patients).

In this week’s New England Journal of Medicine we see the eagerly awaited results from the CHAARTED study from Christopher Sweeney and colleagues. This novel study aimed to improve treatment for men with newly diagnosed hormone sensitive metastatic prostate cancer by adding docetaxel chemotherapy to androgen deprivation therapy (ADT).

790 men with newly diagnosed metastatic prostate cancer were randomised to ADT plus docetaxel (6 cycles at 75mg/m2) or ADT alone. The addition of docetaxel to ADT was shown to significantly improve overall survival by 13.6 months (57.6 months vs. 44.0 months; p<0.001). The clinical benefit was greatest in the subgroup with high volume disease where the improvement in overall survival was 17 months (49.2 months versus 32.2 months). High volume disease was defined as the presence of visceral metastases and/or 4 or more bone metastases with at least one beyond the vertebral bodies or pelvis. The combination was well tolerated with approximately 6% of patients having neutropenic fever and one death possibly related to docetaxel.

The results from this study are truly practice changing. Supporting evidence from the UK STAMPEDE study (Systemic Therapy in Advancing or Metastatic Prostate Cancer: Evaluation of Drug Efficacy) was presented at this year’s American Society of Clinical Oncology (ASCO) meeting. STAMPEDE showed that for men with metastatic hormone sensitive prostate cancer 6 cycles of docetaxel in addition to ADT improved median overall survival by 22 months (43 versus 65 months).

Chemotherapy for metastatic prostate cancer has had a checkered past with a lack of enthusiasm and nihilism from clinicians and patients. The results from CHAARTED and STAMPEDE are already changing those views. The prostate cancer community needs to react to these results and look to make this treatment available to all suitable men. There are issues with regards to costs of chemotherapy (although docetaxel is now generic), workload, sequence, patient selection, toxicity management, etc. The CHAARTED and STAMPEDE investigators must also use this opportunity to interrogate the tumour samples from these studies to see if they can identify biomarkers that predict docetaxel activity. We will not get this opportunity again as docetaxel + ADT will be be standard of care for future studies.

The clinical benefit from the addition of docetaxel to ADT is one of the largest seen in any oncology study. All men presenting with newly diagnosed metastatic prostate cancer should be considered for 6 cycles of docetaxel in addition to ADT.

Simon Chowdhury is a Consultant Medical Oncologist at Guy’s, King’s and St Thomas’ Hospitals, London. He is actively involved in clinical trial research into urological cancers. 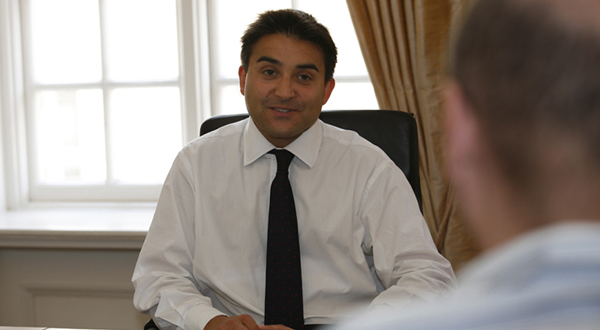 As this year’s Tour de France starts and we wonder if Chris Froome can take over from Sir Bradley this blog thinks about previous Tours with some sadness. As an oncologist treating testicular cancer the Tour used to be a reminder of one of the great successes of modern oncology. Seeing Lance Armstrong on the podium showed how chemotherapy can overcome even poor prognosis testicular cancer. Lance was an inspiration to our patients. I doubt there has been a happier sight on the chemotherapy day unit at Guy’s Hospital than seeing the young men cheer Lance as he surged past Jan Ullrich, whilst they were receiving their chemotherapy.

So rather than become too melancholy I thought I would use this blog to provide a little balance to all the stick Lance has been taking. Whilst Lance as a cyclist is tarnished forever, the other aspect of his story seems to have been forgotten. The incredible part is that he overcame such aggressive disease and was able to ride competitively. He should therefore remain an inspiring figure for those of us treating testicular cancer, and more importantly for young men battling this disease. Whilst as oncologists we quote impressive survival figures, for patients an example of someone who has survived is far more tangible.

So I have been re-reading ‘It’s not about the bike’ (how ironic that title seems now!). The chapters dealing with diagnosis, treatment and recovery are informative and remain inspiring. It’s easy to see why it became and could still be a touchstone for young men battling testicular cancer.

Whilst many will argue that Armstrong’s well publicised battle against cancer was just part of his ego let’s not forget that it takes guts in the macho world of professional sport to admit illness and potential weakness. Many famous men have been affected by cancer but all too often don’t feel able to talk about it or use their position in a positive way. Armstrong was the polar opposite, happy to provide inspiration and also to raise millions for his cancer charity. He also raised the profile of testicular cancer and the need for ongoing research and there remain many important unanswered questions in this disease: 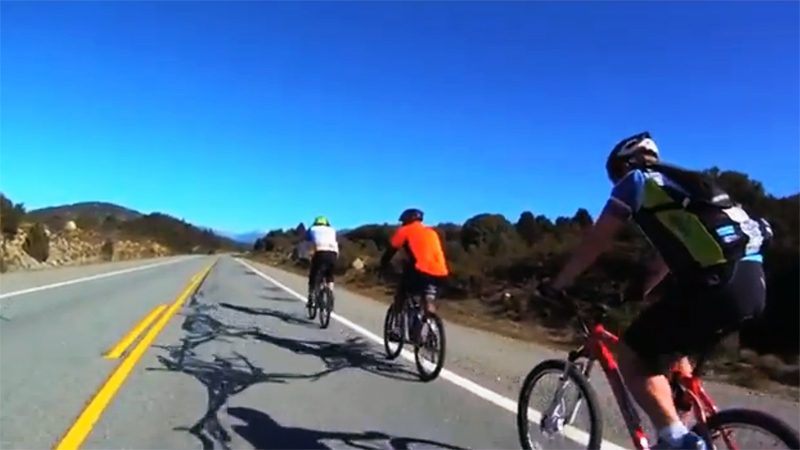 So as this year’s Tour de France winds its’ way towards those punishing Alpine stages perhaps we should draw a line and move back to Armstrong as the inspiration for the next generation of men with testicular cancer. I for one will always enjoy that ascent on Alpe D’Huez and how it shows we can over come even the worst disease. So Lance your boys still need you! It’s time to eat a very large slice of humble pie and rewrite the book, warts and all, so that you can be an inspiration to the next generation of men with testicular cancer.

Simon Chowdhury is a Consultant Medical Oncologist at Guy’s, King’s and St Thomas’ Hospitals, London. He is actively involved in clinical trial research into urological cancers.

OR The Hare Becomes the Tortoise?? 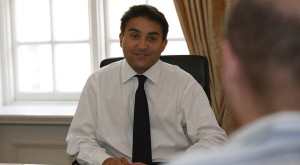 When I was a medical oncology trainee in 2001 looking for an area to specialise in my mentors told me prostate cancer was going to be the next big thing. I must admit I was dubious but now more than 10 years later this is amongst the best advice I have ever received. On a par with support Manchester United and buy property in London! Systemic treatment for prostate cancer has well and truly arrived and we are in a position where at times we are spoilt for choice.

So how did we get here and why did it take so long. To answer the second part first we need to go back to 1941 and Huggins and Hodges ground-breaking work showing the profound effect of castration on metastatic prostate cancer. Both the original paper and the Nobel lecture are fascinating reading. Castration remains a cornerstone of the treatment of prostate cancer. The androgen receptor is one of, if not the, most dominant biological pathway in solid tumour oncology. Apart from chemotherapy for testicular cancer, another urological success, I cannot think of another systemic treatment that has such profound activity both in terms of clinical response and disease control rates. For instance androgen deprivation far surpasses the activity seen with tamoxifen in ER +ve breast cancer. So prostate cancer got off to a flier and perhaps was the hare to the tortoise when compared to other cancers, which have slowly but surely overtaken.

There was a long lull with very little positive data for metastatic prostate cancer. Why was this? Perhaps the activity of androgen deprivation set too high a bar for subsequent treatments and a sense of nihilism for those that followed. This is shown by the negative reaction to the data on docetaxel first published in 2004. The 50% PSA response rate (a decline in PSA of 50% or greater) is impressive particularly in this highly pre-treated population. More importantly docetaxel improves quality of life and provides a small but significant survival advantage against an active comparator. We now have a second chemotherapy, cabazitaxel, which again shows a significant survival advantage. Whilst chemotherapy in prostate cancer remains controversial, and worthy of a future blog, there is no doubt for a significant number of patients it provides real benefit.

Prostate cancer is leading the way for other areas of systemic therapy. Sipuleucel-T is one of the only immunotherapies to show a survival benefit in solid tumour oncology. Whilst Sipuleucel-T is controversial and has many detractors, it does have level 1 evidence to support it. During my fellowship with Phil Kantoff’s group in Boston, I saw several patients who I am convinced benefited from this treatment. Alpharadin is the first radionucleotide to show a survival advantage and is likely to become an integral part of systemic therapy for CRPC.

The drugs that have provided most excitement and the greatest benefit in day-to-day practise are abiraterone and enzalutamide. These drugs build on the work of Huggins and Hodges and show that 70 years of targeting the androgen receptor is still relevant even with castration. These drugs have changed how we describe the disease moving from ‘hormone-refractory’ to ‘castration-refractory’. Abiraterone is now licensed in the pre- and post-chemotherapy setting and it is likely that enzalutamide will follow in the not too distant future. In my own practise these drugs are game changers. Ones that provide real benefits relieving symptoms, controlling disease and allowing some men with prostate cancer to live much longer.

Who should be responsible for all these new drugs? Medical oncologists? Urologists? Nurse specialists? For me this shouldn’t be territorial. I want men with prostate cancer looked after by those with a real interest in this area. The days of people dabbling should be in the past and testicular cancer has shown us that patients do better when looked after in high volume centres. In reality men with metastatic prostate cancer have complex medical needs and only with the input from the whole multidisciplinary team are we able to give them the best care.

So systemic treatment for prostate cancer is suddenly fashionable and my mentors (Ellis and Harper) were proved right! ‘Told you so Chowdhury!’ This is only going to be the beginning with prostate cancer, which is now at the forefront of cancer research. Our understanding of the biology of prostate cancer is likely to grow exponentially and with it our ability to improve treatment. So watch this blog – to be continued…