Article of the Month: Partin Tables in the Contemporary Era

Article of the Month: Partin Tables in the Contemporary Era
2,061 views

How to Cite this Article

To update the Partin Tables for prediction of pathological stage in the contemporary setting and examine trends in patients treated with radical prostatectomy (RP) over the past three decades. 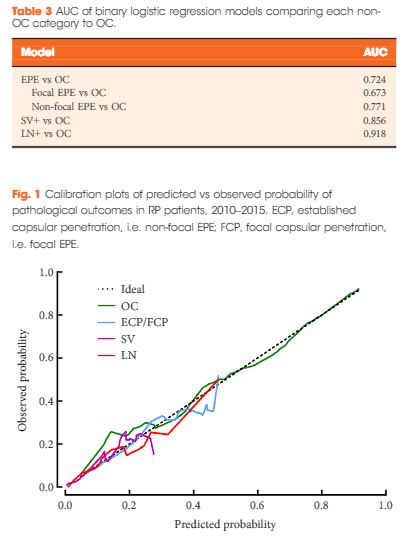 The median (range) age at surgery was 60 (34–77) years and the median (range) PSA level was 4.9 (0.1–125.0) ng/mL. The observed probabilities of pathological outcomes were: OC disease in 74%, EPE in 20%, SV+ in 4%, and LN+ in 2%. The probability of EPE increased substantially when biopsy Gleason score increased from 6 (Grade Group 1, GG1) to 3 + 4 (GG2), with smaller increases for higher grades. The probability of LN+ was substantially higher for biopsy Gleason score 9–10 (GG5) as compared to lower Gleason scores. Area under the receiver operating characteristic curves for binary logistic models predicting EPE, SV+, and LN+ vs OC were 0.724, 0.856, and 0.918, respectively. The proportion of men treated with biopsy Gleason score ≤6 cancer (GG1) was 47%, representing a substantial decrease from 63% in the previous cohort and 77% in 2000–2005. The proportion of men with OC cancer has remained similar during that time, equalling 73–74% overall. The proportions of men with SV+ (4.1% from 3.4%) and LN+ (2.3% from 1.4%) increased relative to the preceding era for the first time since the Partin Tables were introduced in 1993.

The Partin Tables remain a straightforward and accurate approach for projecting pathological outcomes based on readily available clinical data. Acknowledging these data are derived from a tertiary care referral centre, the proportion of men with OC disease has remained stable since 2000, despite a substantial decline in the proportion of men with biopsy Gleason score 6 (GG1). This is consistent with the notion that many men with Gleason score 6 (GG1) disease were over treated in previous eras. 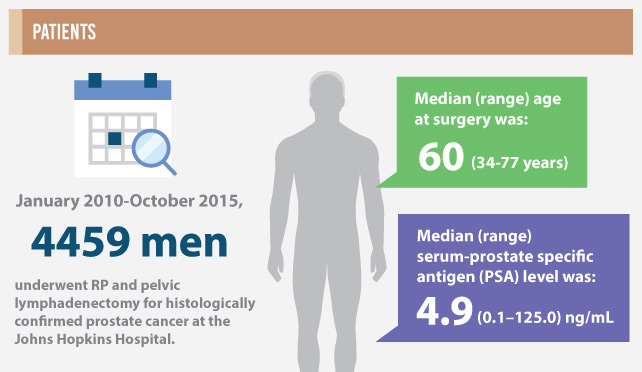