We obtained the incidence data of testicular cancer for 5‐year periods from 1960–1964 to 2000–2014 and for 5‐year age‐groups from the NORDCAN database. Morphological data on incident cases of seminoma and non‐seminoma were obtained from national cancer registries. Age‐standardised incidence rates (ASR) were calculated per 100 000 person‐years (World Standard). Regression analysis was used to evaluate the annual change in the incidence of testicular cancer in each of the Nordic countries. The risk of testicular cancer in different professions was described based on NOCCA information and expressed as standardised incidence ratios (SIRs) 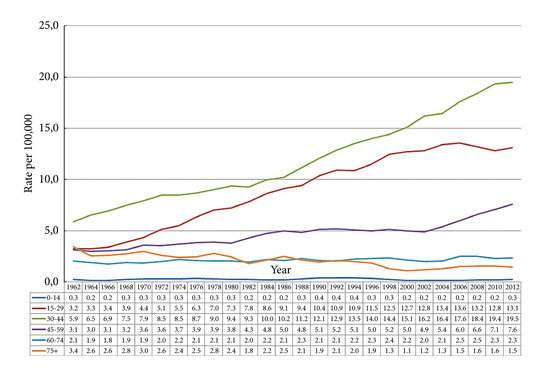 Read more articles of the week
Editorial: Occupational exposure and risk of testicular cancer: what can an...