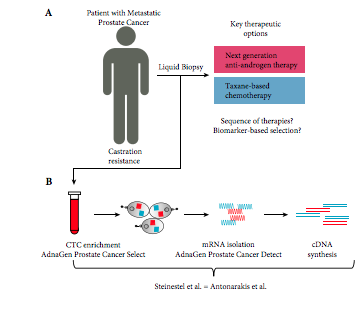 Both assays performed identically in the cell lines and serial dilutions showed identical diagnostic thresholds. Performance comparison in 32 clinical patient samples showed perfect concordance between the assays. In particular, both assays determined AR‐V7 mRNA‐positive CTCs in three patients with unexpected responses to next‐generation anti‐androgen therapy. Thus, technical differences between the assays can be excluded as the underlying reason for the unexpected responses to next‐generation anti‐androgen therapy in a subset of AR‐V7 patients.

Irrespective of the method used, patients with AR‐V7 mRNA‐positive CRPC should not be systematically precluded from an otherwise safe treatment option.