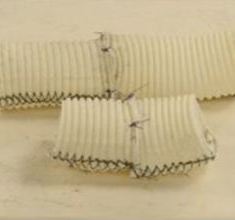 Currently, the use of robot-assisted surgery is on the rise, as an alternative to both open and conventional laparoscopic surgery across the developed world, despite its obvious economic limitations. Better ergonomics during robot-assisted surgery will increase the comfort of the surgeon, but the future of surgery may easily be linked to the improvements experienced by all of us in the automobile industry. Developments, from manual gear-clutch control to automatic speed control and the luxury of adaptive cruise control today, make us safe drivers with minimal physical stress. The concept of adaptive cruise control, which adjusts the speed of a vehicle in relation to its surroundings, sounds similar to the leap from manual camera control during conventional laparoscopy to console-based control during camera navigation in robot-assisted surgery. With advances in the speed and size of computers, pneumatic-based joint mechanics and mindfulness meditation on the horizon, it will not be long before surgeons will sit back and watch the marvel of the machine. Surgeons just need to learn to hold on to their seats!

Article of the Week: An assessment of the physical impact of complex surgical...
Scroll to top