Blog - Latest News
You are here: Home1 / Article of the Week2 / Editorial: NICE guidance and the BJUI

As the year comes to an end, one cannot help but reflect on the successes of 2017. The impact factor of the BJUI has gone up to 4.439. Our infographics have introduced an entirely different level of interaction with our readers, some of whom are hard pressed for time. We have simply relied on the age old idiom – ‘a picture is worth a thousand words’. And we have credited our reviewers for giving up their valuable time, through Publons and the entirely new Four Seasons, where we will recognise the best reviewers each quarter through BJUI blogs. 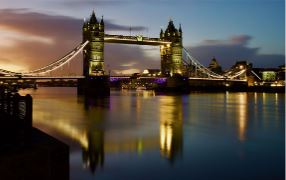 But perhaps the greatest accomplishment this year has been the publication of National Institute of Health and Care Excellence (NICE) Guidance for the very first time in the BJUI. Guidelines in general are now regarded as perhaps the highest level of evidence, which is obvious from the many hundred citations attracted by guidelines from the EAU and AUA. An absolute classic is the American Cancer Society Breast Cancer Screening Guideline from 2003, which was updated in 2015. In keeping with modern times and shorter attention spans, JAMAenhanced the guideline with an amazing infographic of a digital hand and pen drawing across a white paper! Whilst admiring such stunning quality, the team at the BJUI became acutely aware of our major weakness of being an international journal – we do not have society guidelines to publish. Until now…

NICE guidelines are based not just on the highest level of evidence; every effort is made to eliminate bias as far as possible. Every committee has at least two lay members. The processes and methods are based on internationally accepted criteria of quality, as detailed in the Appraisal of Guidelines for Research and Evaluation II (AGREE II) instrumen ns are clear and unambiguous, making them easier to implement and understand.

A unique feature of NICE Guidance is not just ‘clinical effectiveness’ but engagement with economists to make clear statements on ‘cost effectiveness’. It is no wonder that although NICE is based mainly in London, these guidelines are now popular worldwide and not just for the NHS.

We have earlier published NICE Guidance on the GreenLight XPS laser for BPH avoiding high risk patients such as those with risk of bleeding, prostate volume >100 mL, and urinary retention [1]. This technology would be cost effective if used on a day case basis.

NICE have also weighed the evidence for enzalutamide in hormone-relapsed prostate cancer before chemotherapy [2], in patients with mild symptoms, provided it is made available by the manufacturer on the agreed discounted price. Although expensive, it is regarded as an effective treatment amongst the new emerging therapies to prolong the lives of patients with prostate cancer.

In this issue of the BJUI, we feature the NICE Guidance on diagnosis and management of bladder cancer [3]. Not only is smoking cessation important in these patients, but perhaps somewhat controversially, NICE recommend discharge to primary care of patients with low-risk non-muscle-invasive bladder cancer with no recurrence within 12 months. They make a number of research recommendations on biomarkers that are increasingly becoming important with next generation sequencing but also patient satisfaction, which is what ultimately matters in this cancer that can adversely affect quality of life of those who suffer with it.

Wishing you all Greetings of the season!

Highlights from the 6th International Alliance of Urolithiasis annual meeting...

Article of the Month: Bladder cancer: diagnosis and management of bladder c...
Scroll to top