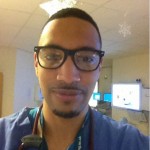 November saw the return of the International Urology Journal Club #urojc on Twitter. The annual meetings of the World Congress for Endourology (#WCE2015) and Société Internationale D’Urologie (#SIU15) led to an October break for #urojc. This month’s discussion was based around a recent editorial in the New England Journal of Medicine by Welch et al on the effects of screening on the incidences of metastatic-at-diagnosis prostate and breast cancers. In the three days prior to the start of the discussion the editorial and it’s now well-known graph had been trending amongst medical Twitter users. 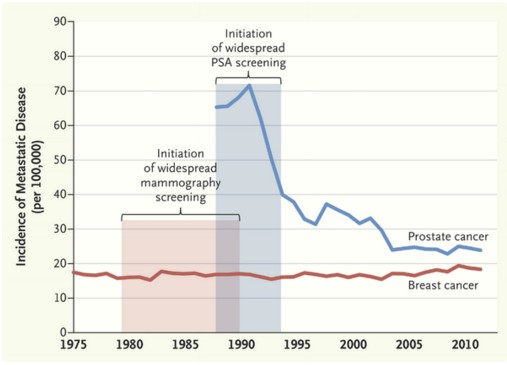 The editorial presented data showing a significant fall in the number of patients first presenting with metastatic prostate cancer (advanced stage incidence) following the introduction of universal screening. However no effect was shown on similar data for breast cancer. Variations in disease dynamics were suggested to play a role.

The conversation started on Sunday 1st November at 20:00 (GMT), marking the beginning of the fourth year of #urojc. The first questions centred around the reasons behind the trends seen in the graph. Being a urology journal club the conversation was based almost exclusively on the prostate cancer aspect of the editorial.

One suggestion for the discrepancy between the two cancers is that PSA is a better detector of metastatic disease, whilst mammography can only detect localised disease.

The importance of responsible treatment and active surveillance was mentioned early on.

One of the most important questions of the discussion: What impact and relevance does the image have? Views were polarised. Some contributors were cautious about drawing conclusions from the graph whilst others were satisfied that it justified PSA screening. 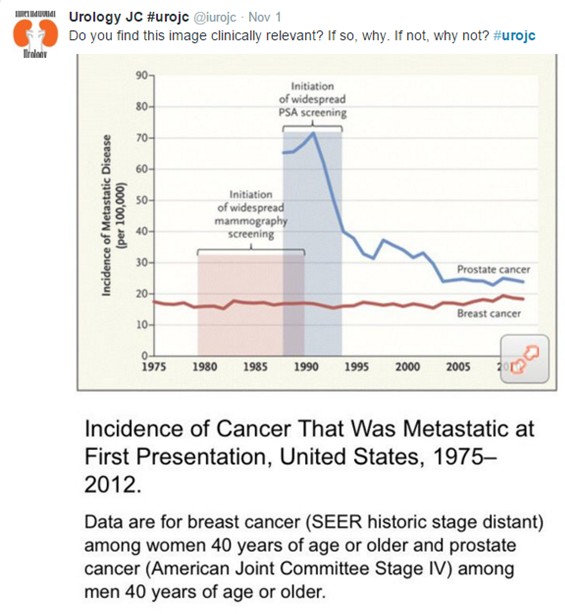 The article drew comparison between Halsted’s and Fisher’s descriptions of cancer progression. Halsted suggested cancer originates from a single site and spreads, whereas Fisher’s paradigm proposed that breast cancer is a systemic disease by the time it is detectable. 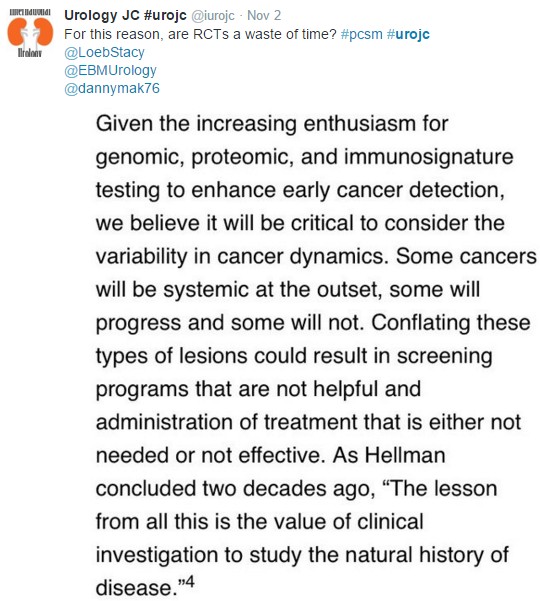 The United States Preventive Services Task Force (USPSTF) has recommended against universal screening of prostate cancer, suggesting the risks of testing outweighed the benefits. However, many believe this to be based on outdated evidence.

The Prostate, Lung, Colorectal and Ovarian (PLCO) Cancer Screening Trial results showed a 12% higher incidence of prostate in the screening arm versus control, with no difference in mortality. Yet, the European Randomized Study of Screening for Prostate Cancer (ERSPC) has shown screening to result in a 1.6 fold increase in prostate cancer with a 21% reduction in mortality.

The debate briefly discussed the morbidity and cost of metastatic disease.

The editorial certainly raised a number of interesting points. It seems the topic of universal PSA screening will continue to be debated. There is a significant benefit to screening in the prevention of metastatic prostate cancer. Whether this is due to differing disease dynamics or PSA being a better screening tool than mammography is as yet unclear.

One point we can all agree on is that increasing utilisation of active surveillance with timely biopsies is important in preventing overtreatment of low risk disease and identifying those at risk of disease progression for curative treatment.

The second joint academic meeting of the Sri Lankan and British Associations...
Scroll to top