Radical cystectomy for bladder cancer – is there a changing trend?

Radical cystectomy for bladder cancer – is there a changing trend?
3,220 views 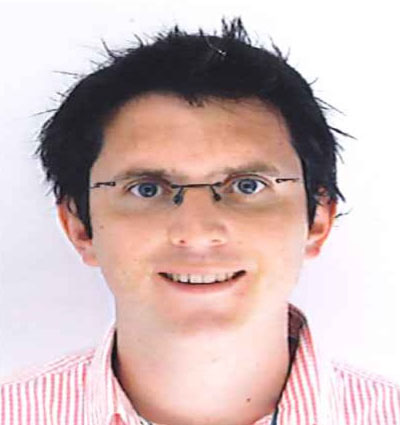 Henry Woo (@DrHWoo) suggests this paper is breaking the mould in comparison to other series.

Analysis of the SEER database would suggest otherwise – there has been little or no change in the incidence, survival or mortality rates with respect to bladder cancer over an even longer study period (1973-2009). Likewise, Zehnder noticed no survival improvement in patients undergoing RC over the last three decades (1980-2005).

However, Jim Catto (@JimCatto) and Alexander Kutikov (@uretericbud) were quick to point out the differences between survival rates and mortality rates, although Hounsome et al., reported beneficial outcomes in both parameters.

In the UK, the Improving Outcomes in Urological Cancers guidance (IOG) recommends patients be considered for RC for muscle invasive bladder cancer (MIBC) and high risk recurrent non-muscle invasive bladder cancer (NMIBC). Key aspects of this guidance include – a minimum caseload requirement for performing RC, an MDT approach and specific 30day mortality rates of 50% despite no change in the incidence of bladder cancer. The reasoning for this is multifactorial but in part due to designated cancer centres are offering surgery to more candidates as a result of service improvements that include service reconfiguration, improved surgical training, neoadjuvant chemotherapy, enhanced recovery principles, and continued improvements in peri-operative care.

The on-line debate moved towards discussing the effect of centralisation of cancer services as a causative factor behind these positive results.

Rather intuitively, in a systematic review in 2011, Goossens-Laan et al., postoperative mortality after cystectomy is significantly inversely associated with high-volume providers.

Although the benefits of being treated in a cancer centre of excellence are undoubted- high volume fellowship trained surgeons, a multidisciplinary approach and improved peri-operative conditions; the impact of distance from central services was broached. O’Kelly et al., postulated a higher stage of prostate cancer based on distance from a tertiary care centre, other studies have shown for a variety of cancers (lung, colon)that distance from a central provider can impact outcomes. Outside of the impact on oncological outcomes, the impact on the patient’s lifestyle as well as the economic consequences were not discussed.

While contrary to this, Jim Catto (@JimCatto) highlighted the deskilling associated with centralisation.

A further significant implicating factor in the positive results seen in this study is due to the use of neo-adjuvant chemotherapy, a question often posed by the patient.

This study although examining a vast number of patients over a lengthy time period is not without its limitations. Specifically the lack of tumour stage, smoking status and the use of chemotherapy as well as issues surrounding a retrospective study looking at data collected by individual hospital coding systems.

This month’s #urojc attracted substantial coverage on Twitter – keep it up. 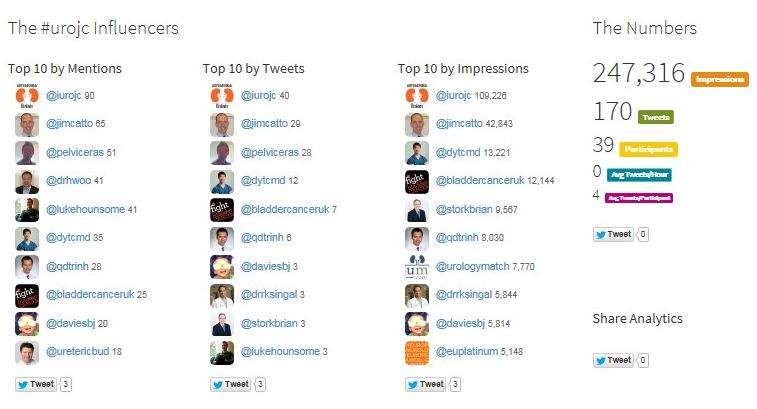 Many thanks to those you participated in the debate. We look forward to next month’s #urojc discussion.