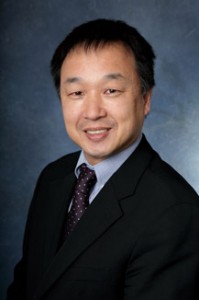 For as long as I have been operating independently, music has been an essential part of my operating theatre environment. If there is no music playing in the background, it is to me as if there is a missing component of the “time out” check list that is carried out by surgical teams prior to each procedure.

For many years, I was trapped in the 70s and 80s with my choice of music. Bowie, Stones, R.E.M. and Pink Floyd were some of the artists that were on high rotation. It provided education to the growing numbers of nurses and medical students who had never heard of classic albums such as Dark Side of the Moon. These days I am lucky to find a medical student who can volunteer the names of the four Beatles – I don’t even bother asking if they know anything about Pete Best who was ousted in favour of Ringo. Sometimes they almost believe my suggestion that the next Pope will be named John Paul George Ringo I, which of course is a perfectly reasonable suggestion. The music played in my theatre therefore actually has an important educative role that makes up for parenting deficiencies with the failure to teach their children about classic rock acts of the 70s and 80s. 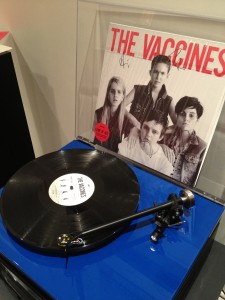 Over the past couple of years, I have been encouraged to explore contemporary music, which has led to a change in the music played in my operating theatre to performers such as the XX, The Vaccines, First Aid Kit, The Hives, Regina Spektor, Mumford & Sons and Laura Marling just to name a few. This has been a positive move in that I not only have come to appreciate some of the great new music that will one day become classic material, but it also receives a high approval rating from other staff within the operating room. I do admit that I have the latest David Bowie album on order in the vinyl format though an EBay seller.

Why am I telling you all about this? This month, a systematic review by authors Moris and Linos was published in the journal Surgical Endoscopy entitled Music meets surgery: two sides to the art of “healing”. Using fairly limited search terms, a literature search identified 28 relevant articles that were included for review. These papers covered a mix of subject matter including effects of music in the operating theatres on patients, surgeons and theatre staff.

As a surgeon, I will leave discussion of effects of music on patients to our anaesthetic colleagues and it is for them to debate whether there is any beneficial effect of music on induction and upon waking up. Our interaction with music occurs when the patient is asleep so our interest as surgeons lies primarily with its effects on ourselves and other members of staff in the operating room.

Having your anaethetist ‘on board’ with your attitude to music is essential. In the private sector, this is unlikely to be an issue given that you will generally choose to work with somebody who has some compatibility with your own personal tastes. The public sector can at times be challenging where the anaesthetist feels equally entitled and at times more entitled to determine the choice of music or even absence of music in the operating room– this requires tactful negotiation. The principle reason I tend to back off from a fight over this type of issue is that I hate going into an operation feeling cranky. The only time I may make a stand is when classical music is being played – the swings between the calms and storms of some pieces are a little too stressful for my liking.

So what do operating room staff prefer to listen to? Only a couple studies examined this but the bottom line is that classical music is not a clear majority choice – in one study it was favoured amongst 1.2% of respondents and in another it was 45%, they prefer to listen to a type of music that’s a bit more fun . With the latter, my personal inclination is that they were asking non-urologists who are no way as cool as urologists in general. My thoughts, as you may have gathered, are to drop the ‘al’ and choose classic music over classical music.

Summary of relevant studies extracted from Table 1 of the Moris study published in Surgical Endoscopy.

I am not sure I entirely agree with one conclusion of the review, which states: “With regard to its effect on surgical staff, music is thought to be distracting, reducing the staff’s ability to cooperate and coordinate”. Only one retrospective study is insufficient to reach the general conclusion about the effects of music on staff in operating theatres. My admittedly biased perspective has been in total agreement with the second conclusion that states “From a surgeon’s point of view, music facilitates achievement of higher speed and accuracy of task performance.”

Who let the Dogs Out?
Scroll to top