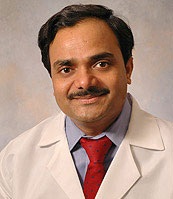 The BJUI and the Editorial team are committed to the publication of high-quality and highly citable articles concerning translational science for the International Paediatric Urology Community. We encourage authors to submit original and outstanding work for publication that can inﬂuence clinical practice or introduce innovative new care methods for children across the world.
In addition to valuable contributions, the reviewers’excellent review process ensures the best publications. Although, impact factor is an important attribute for a journal; the real true value resides with its ability to make paradigm shifts and bring innovative care to children’s lives.

On this note we have included the best three articles in the ‘Paediatrics’ section in this month’s issue.

Cundy et al. [1] from London (UK), have to be commended for the thoughtful meta-analysis of robot-assisted pyeloplasty (RAP).This is an early, but, timely analysis of our current practice of diﬀerent approaches to paediatric pyeloplasty. The primary outcomes were not signiﬁcantly diﬀerent for the open, robotic or laparoscopic approaches. This is not surprising ,as the surgeons that used these new approaches have been proﬁcient with their traditional approaches and have embraced the newer techniques with caution. RAP had a distinct advantage of reduced analgesia and length of hospital stay compared with the traditional open approaches, and this will probably drive the adoption of the newer approaches even at the expense of increased cost. Hopefully, the cost issue will be transient; as the new technology becomes increasingly widespread the cost should level out. Randomised clinical trials may be an answer to newer treatment adoption,but this may not be possible in all scenarios – hence a prospective comparative series may answer the question, with some human factor bias [2]. The advantage of ergonomic comfort and a reduced learning curve for surgeons performing these reconstructive procedures using the robotic approach,as mentioned by the authors,has the beneﬁt of reducing professional health hazards and saving on human capital. Unfortunately, this has never been considered or measured, although it is an important aspect.

Suer et al. [3] from Turkey, have analysed their anti-reﬂux surgery series in children using the open approach to predict complications in a multivariate analysis. The utmost factor is bladder dysfunction, e.g.bladder-bowel dysfunction, dysfunctional elimination syndrome or dysfunctional voiding. Over the years paediatric urologists have found this to be associated with VUR and poor outcomes after surgery. Extreme caution has to be taken when deciding to perform surgery in this group, as theVUR may be secondary and surgery may not be warranted at all.Ureteric tapering or tailoring of the dilated ureter is another factor for poor outcomes, which can be attributed to the poor vascularity of chronically dilated ureters. This practice has been based on the physics of Paquin’s law.Unfortunately, we do not have evidence of outcomes without this reduction plasty on these ureters. The authors have also emphasised the limitations of the current adult Clavien system of classiﬁcation used for grading [4], which has pitfalls and does not describe the complications well either in the paediatric population. It is an appeal to the paediatric urology community for further work to be done to produce a standardised grading system for use in paediatric cases.

Dangle et al. [5] from The University of Chicago have attempted to describe extravesical robotic ureteric re-implantation for VUR in children. The technique of re-implantation has not been described well to date, although there have been a few outcome reports with variable success rates. This explains the fact there may not be uniformity in this technique and/or the learning curve. The surgery itself is challenging because of the close proximity of important anatomical structures within a conﬁned space, and the risk of ureteric damage with improper handling is unforgiving. The video describes their current modiﬁed technique with important surgical steps for adoption. The success rate for resolution is still, not on a par with open surgery, but there were no complications. The ﬁne balance between success and complications needs to be deﬁned for incorporation into the paediatric urological armamentarium.

‘With availability of advanced automated instruments to replace manual labour, if as a society we prefer this at an increased cost, then why not on the same philosophy adopt these new technologies in the surgical realm with proper training and safety to reduce the morbidity and achieve at par results?’.

‘The surgical dogma of practice needs to be challenged with evidence-based outcomes to move ahead’.

Highlights from the Irish Society of Urology 2014