When Prokar Dasgupta assumed the role of new Editor-in-Chief of the BJUI in January 2013, he outlined his vision and some of the major changes that the Journal would make as it transitioned to a new editorial team. After 10 years of progress under John Fitzpatrick, it was clear that we are now working in a much-changed publishing landscape, one which will change even more in the next few years. In particular, the way in which medical professionals receive information and interact with colleagues, patients, journals and other professional groups is unrecognisable from what it was just 2 or 3 years ago.

Social media is the driver of much of this change. It has transformed the way in which the current generation of trainees interact—Facebook, Twitter, YouTube, LinkedIn, Urban Spoon, Expedia, Trip Advisor, Instagram – all of these platforms are key conduits for how Generation Z experiences life. This generation will find the idea of a printed journal arriving in the post every month to be anathema. In a world with an ever-increasing amount of content being produced, and much competition for our limited attention span, Gen Z live their lives through mobile platforms capable of delivering the precise content they want, immediately to their devices. Not just that, this content, whether that be breaking news via Twitter, friend status updates on Facebook, job opportunities via LinkedIn, is delivered through vibrant media that allows them to engage and respond by liking, sharing, favourite-ing, re-tweeting and commenting, even as the content reaches them. All of this activity is done through convenient and increasingly pervasive mobile platforms while on the train to work, while queuing for a coffee, between cases in theatre, during a lecture, first thing in the morning, last thing at night. Gen Z will not seek out this type of content – it will seek them out and be delivered straight to their timeline/twitter-feed.

The BJUI is the first surgical journal to introduce an Associate Editor for Social Media. The aim is to devise and implement a strategy to ensure that the BJUI evolves in this new world; to ensure that the next generation of trainees find us a meaningful organisation to engage with and be informed, educated and entertained by. Our fellow Associate Editor, Matt Bultitude (Web) plays an important role here as do our publishers, our Executive team and Editor-in-Chief.

So what have we done? If you are on Twitter or Facebook you will have noticed that BJUI has come to life on these key social media platforms.

Between January and April 2013, our followers on Twitter have grown from by one third to over 1300, and continue to grow at over 100 followers per month. Through Twitter alone, we have generated huge traffic back to our website with over 3500 link clicks from the hundreds of interactions we have had during this period. 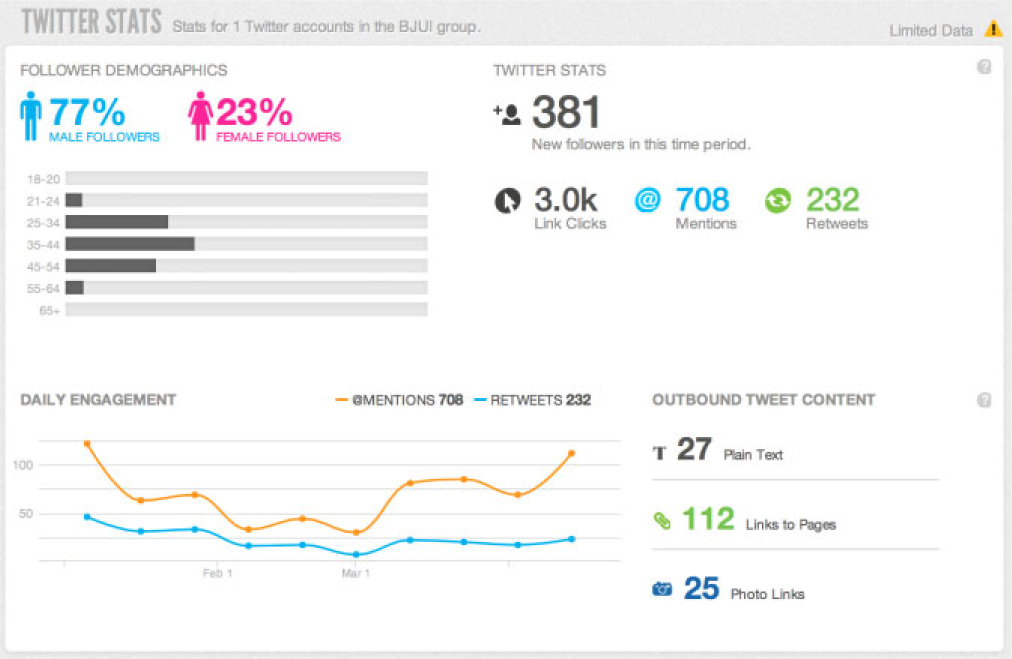 Advanced social media metrics allow us to measure all of this activity against other organisations active in urology. For example our Klout score has increased from 46 to 55 with a corresponding increase in our Peerindex rating. We are leading the field across all of the key domains we have targeted to date and continue to make progress as we introduce further changes at www.bjui.org in 2013. 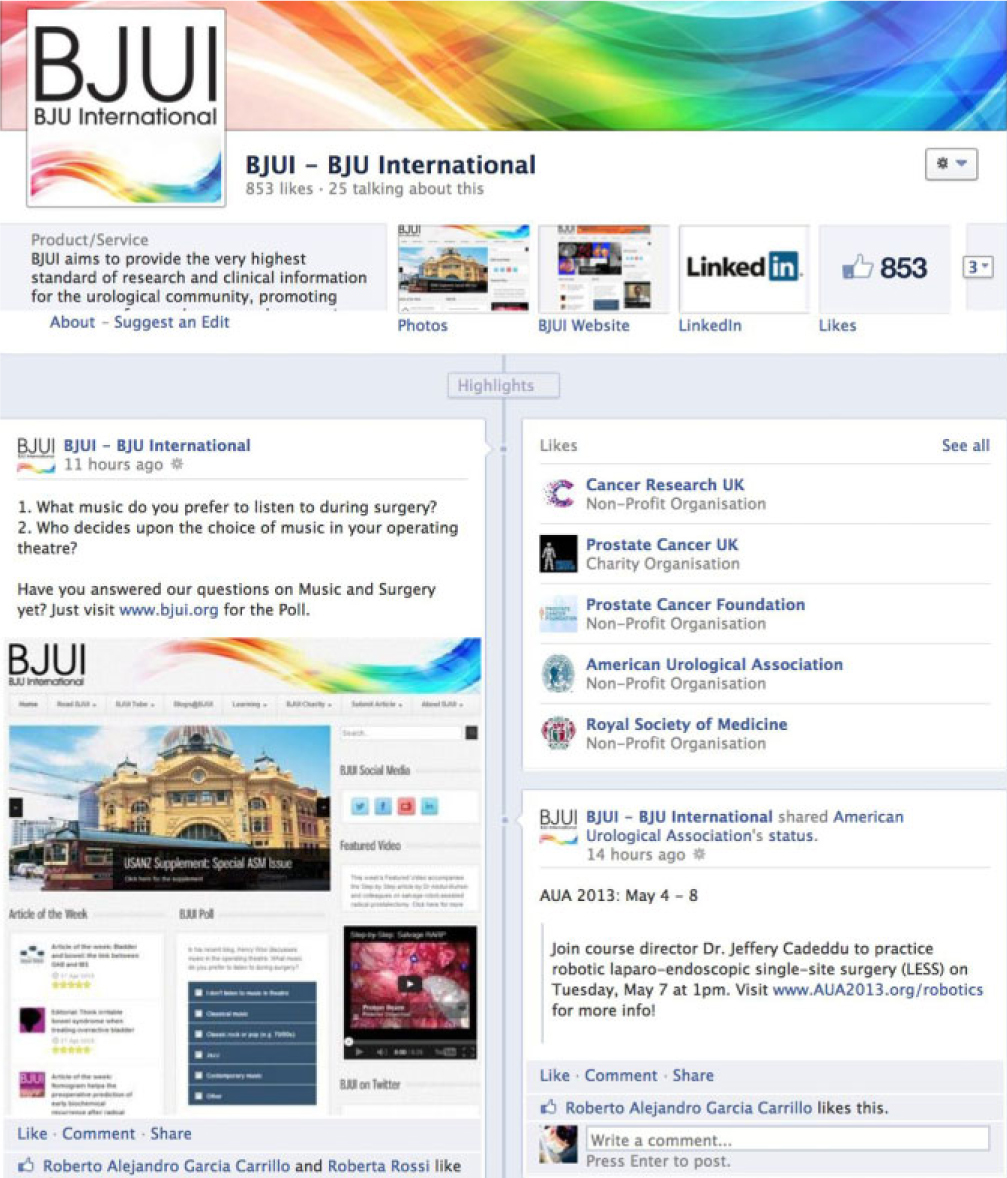 We have recorded over 133 000 page impressions by 23 000 Facebook visitors in the first 3 months of 2013, a huge rise from previously, and all of this traffic gets directed back to content at www.bjui.org, whether that be a Journal article, blog, picture quiz or our new ‘Poll of the Week’. 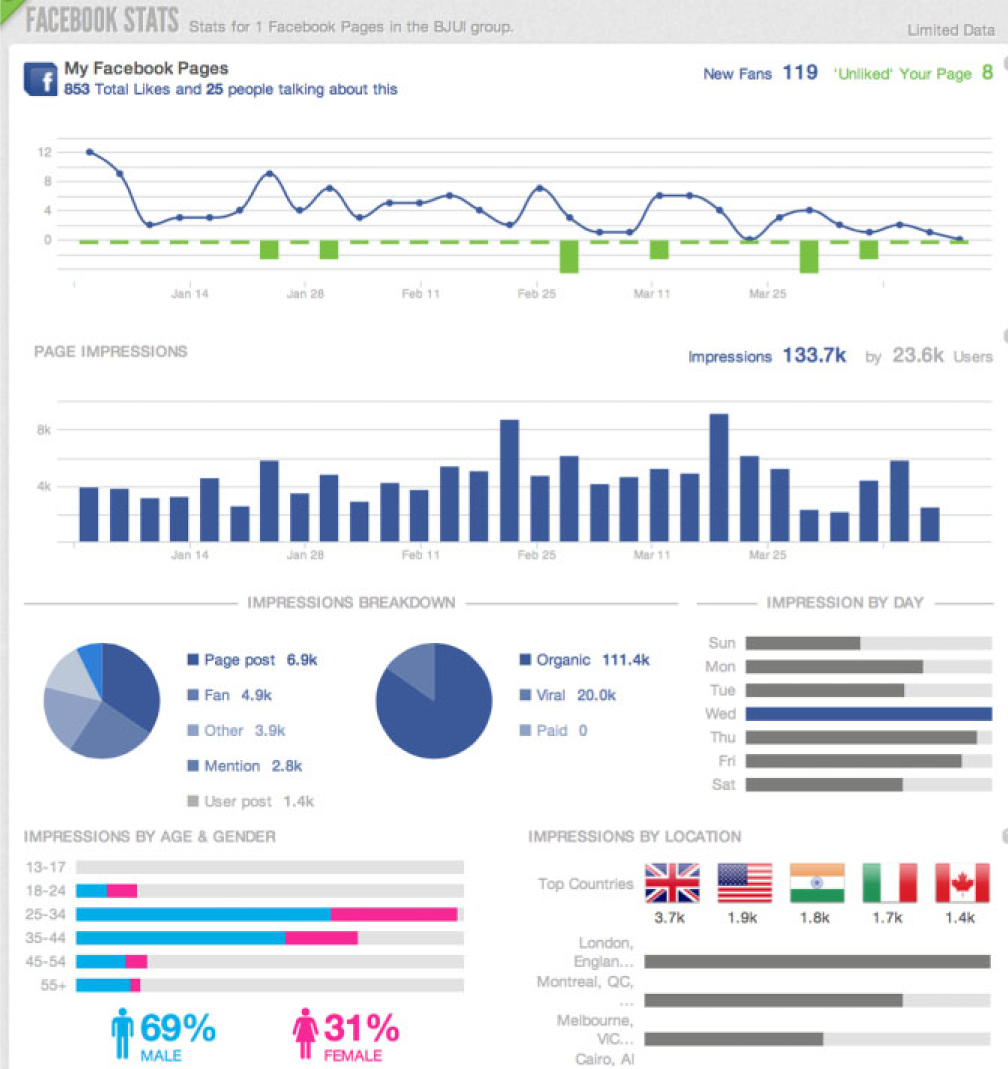 Our YouTube site is updated with videos from authors and other multimedia content to complement citable articles published in the Journal. You will see a lot more content added here in coming months.

But perhaps the most talked-about area we have introduced is [email protected]. And although we are the first mainstream urology journal to introduce a blog site, other journals have done so with great success. In September, we visited the social media team at the BMJ to get some tips on how they had developed their social media strategy into the very successful multi-platform spectacular, which they now oversee. Juliet Dobson, Blogs Editor and Assistant Web Editor at the BMJ offered some excellent advice to help us get up and running and their former Editor, Richard Smith, remains one of the bloggers we most admire. BMJ Blogs is well worth a visit for aspiring bloggers to read some of the best.

We launched our new web journal on the 2 January 2013 to coincide with the new Editor taking the helm, and also published our first blog that day. From then until April 2013, [email protected] has featured the following:

The topics have included everything from urology humour, through the European Working Time Directive, reality TV and an eminent urologist describing his recent personal experience of robotic radical prostatectomy. Our contributors have included many of the key opinion leaders in social media in urology, many of whom are rising stars or already established in academic urology. Also established urology opinion-leaders who are rather new to social media but enjoying the challenge! Other contributors are young trainees who have proved themselves to be talented bloggers already. B[email protected] has been highly successful at driving traffic to the Article of the Week as improving quality remains our main objective. 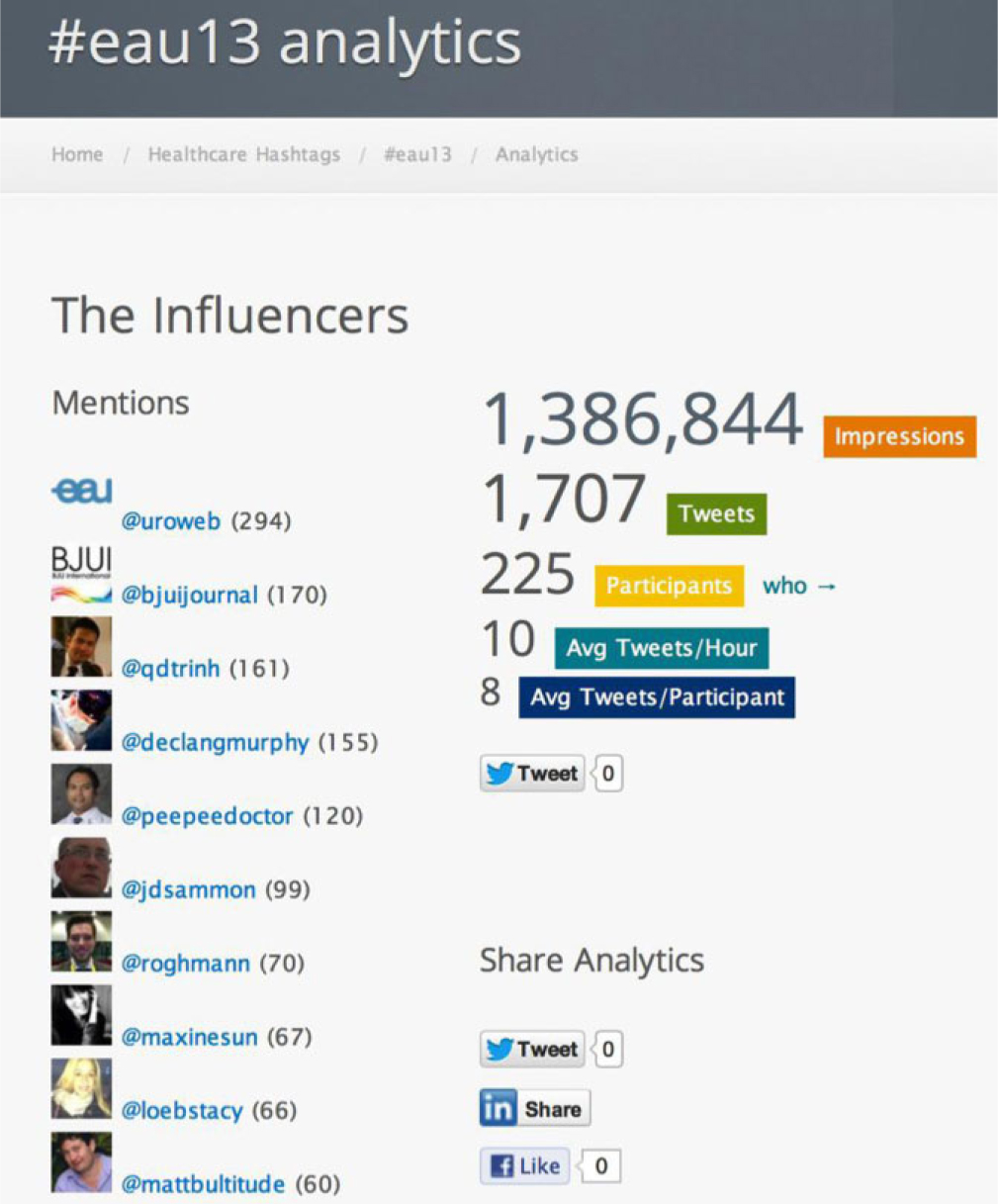 We had set a target that by the end of the first quarter we would have 1000 readers per month visiting [email protected] By the end of the February, we had already had over 9000 visits to our blog site! Each reader spent over 3.5 min reading the web journal and many of them left comments or pushed out links using Twitter or Facebook. We have had many comments posted by readers from every corner of the world and have enjoyed some very humorous posts. For us, social media is all about engagement. We want to use these platforms to allow readers to passively engage with us by liking, sharing, tweeting content that they enjoy whether that is a full paper in the BJUI, a blog post, YouTube video, weekly poll or Picture Quiz of the Week. And for those who want to engage more actively, we strongly encourage you to join the conversation and add a comment.

So we have had a great start to our social media push at the BJUI. And there will be a lot more to come in the coming months. For those of you who are new to social media, we encourage you to dip your toes in by reading a blog or two and adding a comment. Before you know it you will have downloaded the Twitter app to your smartphone and you’ll be off and running! For the Twitterati, we thank you for all your enthusiasm in helping us get social media up and running at the BJUI and we look forward to your blogs, mentions, re-tweets and podcasts over the coming months. Social media is all about engagement – join the conversation @BJUIjournal.