Blog - Latest News
You are here: Home1 / BJUI Blog2 / The Flaws of the PIVOT Study of Radical Prostatectomy versus Observation;... 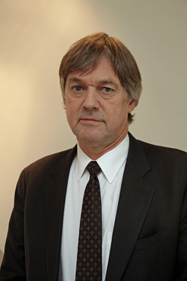 A recent editorial in the BMJ by Christopher Parker (Treating prostate cancer. BMJ 2012; 345: e5122) uses the “best available evidence” from the PIVOT study (Wilt TJ, et al) to argue the case for watchful waiting for low risk prostate cancer and question the need to diagnose the condition at all. Unfortunately the PIVOT trial was marred by a number of serious flaws that should make us doubt its conclusions.

The original design of the PIVOT trial included a randomisation of 2000 patients to surgery or observation (Prostate cancer, uncertainty and a way forward. NEJM 2012; 367: 270-1). Unfortunately, this goal was not achieved; the design was modified to justify a randomization goal of only 740 patients. Median survival was assumed to be 15 years in the original study design and 10 years in the updated version. If the median survival of 12 years in the study’s observation group is taken and 7 years for enrollment and 8 years of follow-up assumed, the sample requires 1200 patients in order to detect a 25% relative reduction in mortality with 90% power and a two-sided alpha level of 0.05. With an actual enrollment of only 731 patients, the study was consequently underpowered to detect this relatively large clinical effect. The wide 95% confidence interval around the hazard ratio for death in the treatment group illustrates this point. A relative increase of 8% to a relative reduction of 29% in the risk of death in the prostatectomy group, as compared with the observation group, cannot be excluded with 95% confidence. Only 15% of the deaths were attributed to prostate cancer or its treatment.

Although a “life expectancy of at least 10 years” was an entry criterion, by 10 years almost half the participants had died, leaving only 176 men in the surgery group and 187 in the observation cohort, and by 15 years only 30% were alive. The investigators therefore did not recruit healthy men who would be the normal candidates for surgery and randomize them to observation; instead they recruited elderly and co-morbid men with very limited life expectancy and randomised them to surgery (with one fatality!). Furthermore, the finding that one fifth of patients did not adhere to the assigned treatment further reduces the ability of the trial to discern a treatment effect.

Prostate cancer is a slowly progressive condition which eventually, and after many years, results in a painful death from metastases in a significant number of patients, unless mortality from other causes supervenes. Radical prostatectomy, now usually performed minimally invasively with robotic assistance (Goldstraw MA, et al), prevents disease progression in >80% of well-selected cases. We appear to manage localised prostate cancer in a much more holistic way than our American colleagues and MDT decision-making and robust active surveillance programmes have enhanced this. Others were also outraged by the Parker editorial and the intrinsically flawed results of the PIVOT study should definitely not encourage us to turn our backs on a disease that kills more than 10,000 men per annum in the UK and hundreds of thousands more worldwide.

BJUI and The Urology Foundation at 10 Downing Street