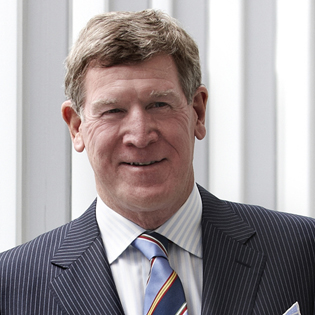 The fact that Otis Brawley describes the new PSA testing guidelines of the American Urological Association (AUA) as “wonderful”, should immediately raise a red flag at AUA headquarters. Dr Brawley, Chief Medical Officer of the American Cancer Society, and the most vocal anti-prostate cancer screening voice in the USA over the past decade, has enthusiastically welcomed the new document and “commended” the AUA for bringing its policy closer to that of his Society. The Guidelines have also been compared to those of the United States Preventative Services Task Force (USPSTF) which completely opposes PSA testing in any situation – a position which the AUA called “inappropriate and irresponsible” just a few months ago. Oh dear – where has it all gone wrong? ?

For those who haven’t yet seen the document, here are the five statements issued by the Guideline committee at the Annual Meeting of the AUA in San Diego this week along with some of my thoughts in italics:

Therefore, it appears that the only circumstances under which the AUA currently recommend a PSA test be performed is for men between the age of 55 and 69 following a weekend seminar so they can be adequately informed (or thoroughly confused).

These statements have led to headlines such as these in the mass media today:

I think it is reasonable to say that this AUA document adds more confusion than clarity to the debate around prostate cancer testing. It has certainly provoked some anger among prominent members of the AUA who voiced their displeasure to the Committee during the plenary and also through social media. Dr Catalona was first to the microphone asking why AUA members were not more widely consulted prior to publication and in particular, challenging the guidance around men aged 40-54 (reported on Twitter):

Dr Stacy Loeb also voiced her concerns at various sessions during the day:

Much progress has been made in the last few decades with a 30% reduction in prostate cancer-specific mortality since the introduction of PSA testing. And while we accept that this has led to a large amount of over-treatment of less aggressive disease, it is clear that (at least outside the USA), active surveillance is being enthusiastically embraced for appropriate patients. Any return towards the pre-PSA era would likely lead to a reversal in these mortality gains and we would again see many more men presenting to our rooms with incurable disease.

As Dr Smith editorialized in the Journal of Urology following the publication of the ERSPC and PLCO trials in 2009, “Treatment or non-treatment decisions can be made once a cancer is found, but not knowing about it in the first place surely burns bridges”. It is clear that many urologists consider these new AUA PSA Guidelines to be in danger of burning these bridges. However, rather than burn bridges, it is likely that urologists and others will ignore these guidelines and continue to counsel men in a more balanced fashion about the pros and cons of PSA testing. The AUA will then need to consider whether ignored guidelines are failed guidelines.

Prof Tony Costello is a Director and Professor of Urology at the Royal Melbourne Hospital, Melbourne, Australia.