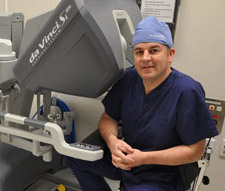 I remember distinctly when the penny dropped for me. It was about 2am on a warm summer’s night in early January 2012 (apologies to those of you shivering in the Northern Hemisphere). I had my one-week old son in one arm, swinging between sleeping and spewing, and an iPad in my other hand, providing distraction between nappy changes and feeds. The sleep-deprivation had dulled my senses considerably and my brain was capable of no more than light reading.

It was then I read a piece in the New York Times online about the power of Twitter in medical communication. Previously, I thought Twitter was the domain of Lady Gaga, Justin Bieber, Kim Kardashian (Kim who?) and various narcissistic cricket and football players. It seemed like puerile nonsense for a generation that I no longer belonged to. However, reading this opinion piece made me think again. It was clear that there is a whole generation of significant academic clinicians, researchers and publishers who have embraced social media and who use Twitter, in particular, to disseminate their work with a speed and reach that is simply unachievable through any other medium. I was struck by various examples of how key scientific publications are first flagged on Twitter and how within hours, responses are made by key opinion leaders and these responses are again disseminated rapidly around the Twittersphere. And although none of the examples were based around urology, it was clear to me that oncologists and surgeons were getting on board the social media rollercoaster.

So between nappy changes and having wiped some baby vomit off my iPad, I logged onto Twitter and created a username. I searched for prostate cancer and urology and quickly found my way to a few key resources and super-users who seemed to have a very active Twitter presence and who were tweeting content that immediately appeared of interest to me. Within a few minutes I had identified a few highly valuable Twitter users to follow and within their lists of followers and those who they were following, I quickly built up a useful stream of tweets dropping into my timeline. And then of course, a few of these Twitterers started following me back, which was mildly exciting. Within a few days and having posted a few tweaks, I began to feel part of the Twittersphere.

As the weeks went by, I continued to be astounded by just how fast information travels on Twitter. While I get emails with the table of contents for the various journals that I subscribe to, these only drop in my inbox every few weeks. Also, because there are a number of significant journals that I do not subscribe to (non-urological mostly), there are many papers published out there that do not come immediately to my attention. Depending on which Twitter sites you follow, all key papers related to your area of interest find their way into your timeline instantaneously as soon as they are published. Not just that, very interesting comment from others also gets to you very quickly. For example, key findings in prostate cancer tend to be picked up by the major US news sites who then invite comment from key leaders in major cancer centres. A typical example is that of the PSA screening recommendations made by the United States Preventive Services Taskforce in June 2012, which provoked huge controversy. Twitter came to life and key opinion leaders such as Matt Cooperberg (@cooperberg_ucsf) helped drive the conversation through Twitter and blogs (e.g.The Huffington Post blog) at lightning speed. These comments get tweeted out and responses to these comments also get blogged and within hours of a paper being published you have news of the paper, expert comment and wider reaction…… all in 140 characters or less!

And while none of us have much time in the day to add an extra task, I find that waiting for my coffee in the morning or while the resident puts an arterial line in my next patient, there are a few spare moments in the day where the Twitter app on my iPhone comes to life. Twitter is perfectly suited to the smart phone user and that is where the majority of tweets around the world are generated from. It is also perfectly suited for one of the other very exciting areas in which I have seen Twitter play a very useful role – that of conferencing. At the EAU in Paris, a small but energetic group of Twitter users started tweeting content from various sessions at this large meeting and started engaging with other Twitter users around the world. For me, I believe conferencing is about to be transformed by the power of social media but more about that soon.

For now, at the new BJUI, we want to grow the audience and get you all to join the conversation. Through Twitter, blogging, Facebook, YouTube and other social media platforms, we are building for the future of communication in urology. The next generation of trainees will be deeply embedded in all of these platforms and will expect to be engaged through them. We are entering a new generation of medical communication – come join the conversation.

Declan Murphy is Honorary Clinical Associate Professor at the Department of Surgery, University of Melbourne, St Vincent’s Hospital and Director of Robotic Surgery at the Peter MacCallum Cancer Centre. He had previously been consultant urological surgeon at Guys & St Thomas’ NHS Foundation Trust in London.

“The most read surgical journal on the web”
Scroll to top