Blog - Latest News
You are here: Home1 / BJUI Blog2 / Why I care about social media – and why you should too 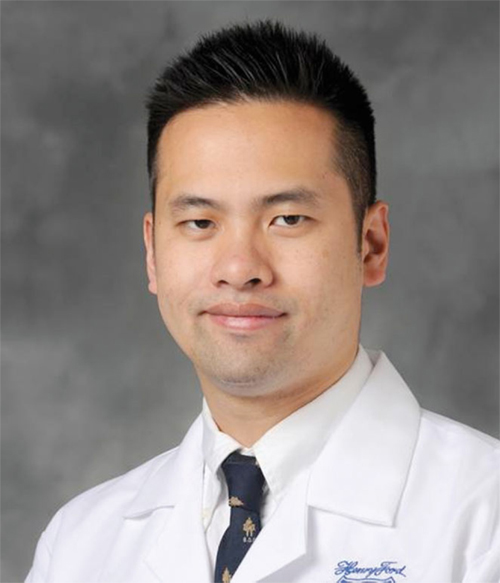 I was born in the ‘Eighties’. I was a teenager when the Internet first became accessible to the general public and a medical student when Facebook was launched in 2004. It seems improbable and surreal that my time spent ‘liking’ and ‘poking’ Facebook posts from college acquaintances would someday be of any use to my career and research. Indeed, ‘I was there’ at the very beginnings of social media, but I had little idea of what it would become.

The social media revolution started in the early millennium, with the emergence of blogs: microsites consisting of topical entries usually displayed in reverse chronological order. Blogs, such as Deadspin or Gizmodo, became pillars of the new era, breaking news at an unprecedented pace and gaining millions of page views by the second. Meanwhile, the print media were slow to adopt a digital strategy, often branding the aforementioned websites as ‘hacks’ or ‘teenagers with a lack of journalistic integrity’. Almost simultaneously, a website called Wikipedia was launched on 15 January 2001 by Jimmy Wales and Larry Sanger, a ‘social’ alternative to bulky reference books, such as the Encyclopaedia Britannica. Fleetingly, Wikipedia rose to fame and grew at an exponential rate, drawing along a significant chunk of web traffic. It caught idlers with such haste that some felt the need to ban the website from classrooms. Oh my, have things changed. In September 2010, Arthur Sulzberger Jr, Chairman and publisher of The New York Times, announced that the prestigious journal would cease to exist in print, sometime in the not-so-far future. In related news, the Chicago-based company behind the Britannica announced that it would stop printing the revered reference encyclopaedia after >200 years in press.

The adoption of new technology in any and every field follows a simple bell curve, as described in a sociological model by Joe Bohlen et al. at Iowa State University. The hypothesis indicates that the first group of individuals to use a new product is called ‘innovators’, followed by ‘early adopters’. The early and late majorities follow these, and the last group to ultimately adopt a product is called ‘laggards’. ‘Medicine’ as a collective crowd is usually the laggard. On one hand, it is reasonable and understandable that a field with such enormous responsibilities be as meticulous and practical in the process of adopting new drugs, technologies or paradigms. It is entirely within the realm of comprehension that a new drug must succeed at many stages of testing to show unequivocal safety and efficacy before being accepted into medical practice. Yet, on the other hand, most would safely agree that institution, tradition and dogma dominate the world of medicine, and most notoriously in surgical sub-specialties. Not unlike our most recent history in adopting robotic surgery, met initially with ferocious and apocalyptic discontent, many contemporary leaders in our field display excessive scepticism towards social media, even when its dissemination is widespread through all echelons of society. In an era where wars and revolutions are being fought over Twitter, and where the likelihood of experiencing an influenza pandemic can be accurately predicted based on relevant social media buzz, I am not sure what doctors are waiting for to accept social media for what it is – an inevitable revolution in how we communicate.

As many of you ponder whether or not to embrace social media, there is good evidence that medicine has finally absorbed the latest innovation. I could cite many factual titbits to demonstrate that this is in fact true. I could provide propensity-matched-instrumental-variable-adjusted analyses to show its benefits. Yet, wise men once said that stories, not statistics, drive change: here are some stories of how social media has already transformed our field.

The ‘uro-twitterverse’ is now a rich and engaging planet of its own. Since November 2012, >100, I am not making the numbers up, users engage in a monthly Urology journal club on Twitter, enhanced by the presence of the lead investigator of the study open for discussion. Even the most prestigious of first-tier Ivy League institutions would not be able to attract lead authors to attend every single journal club, even less to convince a pool of key opinion leaders from around the world to comment and critique these studies.

Every day, I know that I can turn to my fellow ‘Twitterati’ to ask a hard clinical question. Should I perform a lymph node dissection in this patient with prostate cancer? What is the value of positron-emission tomography-CT to assess recurrence in a patient with bladder cancer? What is the recommended evaluation for a patient with suspected interstitial cystitis? Across 24 standard time zones, I know that an answer is a couple of seconds away. Somewhere in the world, a knowledgeable authority is answering my tweet, either while reading the morning news at breakfast, between two major cases in the operating theatre, or checking the Internet right before going to sleep. Having Twitter on my smartphone is a click away from being at a grand rounds talk, with everyone – from Benjamin Davies to Stacy Loeb – in attendance.

Every year, physicians travel thousands of miles to attend medical conferences. Many academics converge at these meetings with the hope of building relationships with potential collaborators. Twitter has brought the academic world under a single digital roof. Most of my research collaborators are on Twitter. I exchange direct messages with them every day to discuss research, grant and collaborative opportunities. I met several of my peers and collaborators on Twitter before actually gathering in person. In fact, many have questioned the need for so-called ‘formal’ medical conferences in the new digital era. While I am not ready to cancel my annual trip to the AUA and the European Association of Urology meetings – especially when they are being held at exotic destinations, such as San Diego and Milan, these social phenomena suggest that change is inevitable.

As much as we like the world we are accustomed to living in, there is little doubt that scientific journals, professional societies, and medical institutions need to adapt to this growing revolution. And, as regrettably experienced by traditional portals, e.g. the print media, those who do not will struggle to remain relevant. Of course, there are caveats to social media. How do we set boundaries between patient care and personal endeavours? Regardless of these issues, society has dreamt forever of the open and free opportunities provided by social media. The world cannot wait.

At BJUI, we are using social media, especially Twitter and Facebook, to highlight the most important international studies published in the journal, e.g. July’s ‘Article of the Month’ from Taiwan comparing tract creation using plasma vaporization with balloon dilatation in percutaneous nephrolithotomy.