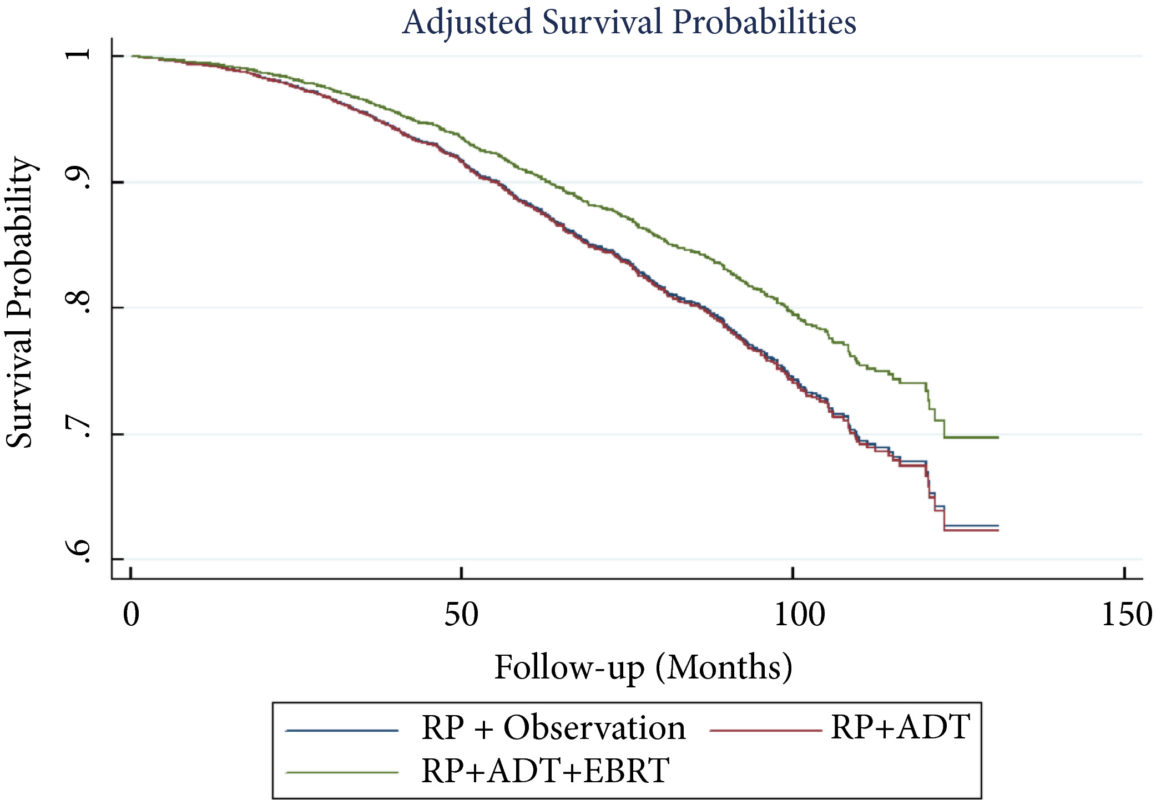 For patients with LNM after RP, the use of adjuvant ADT + EBRT improved OS in the majority of patients, especially those with adverse pathological features. Conversely, adjuvant therapy did not confer significant OS benefit in up to 30% of patients without high‐risk features, who may be managed with observation and forego the morbidity associated with immediate ADT or radiation. 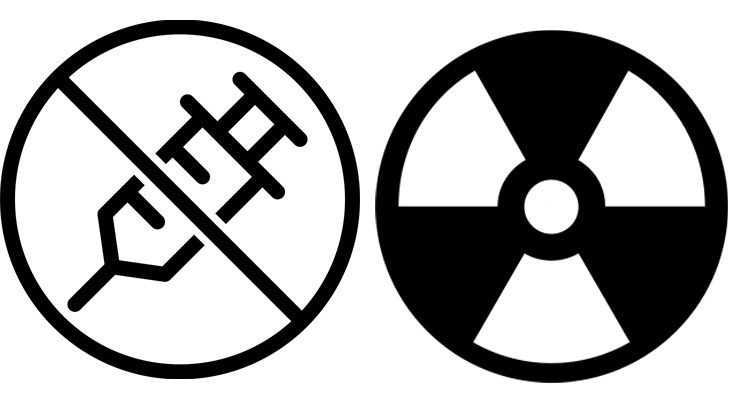 The best management strategy for men with pathologically node‐positive (pN+) prostate cancer after radical prostatectomy (RP) has been debated for decades [1]. In the 1990s, the Radiation Therapy and Oncology Group (RTOG) initiated the RTOG 9608 trial to test the impact of radiotherapy (RT) and androgen‐deprivation therapy (ADT) in this setting. However, due to the rise in PSA screening and the practice of treating high‐risk prostate cancer with primary RT, the incidence of pN+ disease fell. Consequently, the trial closed due to poor accrual and the question faded in prominence. Today, both trends have reversed. PSA screening is less common and men with high‐risk prostate cancer are more frequently opting for RP. As such, physicians increasingly face the dilemma of pN+ disease. Guidelines provide little assistance, as they support everything from observation to multimodal treatment with RT and ADT. Patients and providers want to know, is there a standard treatment for all patients, and if not, how should one choose between such disparate options?

To answer these questions, one must start with the little randomised data that exist in this setting. The seminal trial by Messing et al. [1] randomised men with pN+ prostate cancer to ADT or observation with initiation of ADT after the development of symptomatic progression or distant metastases. ADT clearly improved overall survival and prostate cancer‐specific survival. However, critics noted the relatively poor outcomes in the observation group and the small sample size. Later, retrospective studies called the benefit of immediate ADT into question [2].

Against this backdrop, it is interesting that Gupta et al. [3] found the most common management approach in the USA National Cancer Database (NCDB) was observation rather than immediate ADT. Despite the randomised data, the cumulative side‐effects from lifelong ADT in a cohort of patients with no disease‐related symptoms and a median survival of well over 10 years are unappealing. Ultimately, many men do not appear to be willing to endure the diminished quality of life in exchange for a small improvement in quantity of life.

In contrast to the non‐curative nature of ADT, the possibility exists that the combination of postoperative RT and ADT could provide durable disease control, perhaps even without lifelong ADT. The data reported by Gupta et al. [3] in this edition of the BJUI provide support for this paradigm. These data add to a growing body of literature [4] that tells a consistent story with two common themes: (i) postoperative RT with ADT appears to be associated with improved survival in men with pN+ prostate cancer, and (ii) RT appears to convey the largest benefit to men with certain high‐risk pathological features. Should this body of literature lead us to eschew the old standard and advise observation for low‐risk men and RT with ADT for men at higher risk?

Before a new standard is declared, the limitations of retrospective population‐based research must be addressed. The authors performed a sophisticated analysis to reduce the impact of selection bias. However, due to the limitation of the available data, the authors were not able to account for possibly the most important variable: the postoperative PSA. One study showed that men with pN+ disease with a persistent PSA had an 8‐year clinical recurrence rate of 69% vs 12% for those with undetectable PSA [5].

It is likely that men with persistent PSA in the NCDB would have received immediate ADT with or without RT rather than observation. As such, one must be cautious of the similar survival between the observation and ADT group, especially in light of contradictory randomised data. That being said, it is reasonable for some men to conclude that the side‐effects of ADT outweigh the potential benefit, especially those with low‐risk features such as an undetectable postoperative PSA, low Gleason score, and limited lymph node involvement.

As RT with ADT appears superior to either observation or ADT alone, should more men receive RT? Probably. Of the men with high‐risk features, only 22% actually received postoperative RT. Should postoperative RT now be considered the standard for all men? Probably not. Whilst it appears that some men may indeed benefit from RT, the possibility of selection bias driving this result is real. Even if there is a true effect, identifying which patients harbour residual local disease, but do not already have subclinical distant metastatic disease is challenging. RT for all would lead to unnecessary side‐effects for men that would not benefit from the treatment. Ultimately, a randomised trial will be required to establish the benefit of RT and to define subgroups of men that may or may not benefit. Until then, we will continue to rely on excellent work like the accompanying paper from Gupta et al. [3] to identify men who may benefit from postoperative RT and ADT.