You are here: Home1 / auto correct

Recently I came across a clinic letter that had the patient’s problem typed as “Balanitis EROTICA obliterans”. Reading the typo error and sharing it with the nursing staff instantly converted a serious clinic into one where everyone started to recall their funny typo encounters. Having come across similar typos in the past, I thought about sharing it with this blog. Examples such as abnormal lover (liver) function test, digital erectile (rectal) examination, examination of the penis revealed that he is circus sized (circumcised), testes were distended (descended), he does have a lot of flabulets (phleboliths), among many others are often found in the clinic letters. There are others who have also shared their experiences on the web that are worth a read for a hearty laugh.

Gone are those good old days when you had your own secretary who would type your clinic and theatre dictations. Nowadays, the dictation is electronically transferred to a Medical Transcription service across the globe to somewhere in Asia or South Africa. The letter gets typed and medically qualified personnel correct any obvious mistakes and the Word document is electronically sent across to your secretary.

These kinds of typo errors have also emerged in the modern day smartphones. These ‘extra’ smart phones have an application wherein auto-correction takes place simultaneously as you type. On many occasions these changes go unnoticed and can lead to messages that can be hilarious. Indeed, there is a collection of mishaps due to auto-correction at this site. 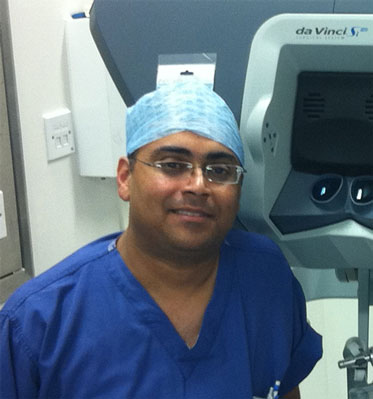 On a serious note, typographical errors can be dangerous and detrimental to patients. Common examples quoted by this news article include “known malignant” instead of “non-malignant” and “urological” instead of “neurological”. Indeed, a patient’s death in the US due to wrong insulin dosage typed on the clinic letter led to a successful claim by the plaintiff.

If you have come across any funny transcription errors or anything more serious, please share it in the discussion.