You are here: Home1 / Mike Wyllie 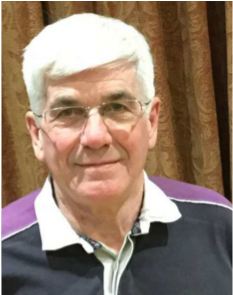 At its simplest, hypogonadism manifests as (abnormally) low testosterone levels, which require effective clinical intervention; however, there is little or no consensus on the definition, diagnosis and treatment of the condition. Indeed, at least in the USA, the issue of the (ab)use of testosterone replacement has been under the microscope because of a hypothesis, albeit flawed, linking it to increased cardiovascular risk. The need for consensus on the management of hypogonadism is increasing almost in front of our eyes as a result of the link with the metabolic dysfunction associated with the increase in diabetes and/or obesity in the general population. With this background, an international panel representing the disciplines involved in the management of hypogonadism was convened; the output of the group, in terms of definition and patient management, is reported in this month’s issue of BJUI [1].

Apparently, the need for effective intervention is more critical than one would necessarily assume. Not only is there a hypogonadism ‘epidemic’, linked to the fattening of our population, but there is no globally approved treatment for secondary hypogonadism (2HG) i.e. that form not associated with testicular failure. Epidemiologists warn that 2HG is in fact the predominant clinical representation, being roughly six times as common as primary hypogonadism.

The conclusions of the recent consensus panel are neither more nor less appropriate nor scholarly than those of other groups, e.g. the Endocrine Society, BAUS, AUA or SMSNA, but their value is as a timely reminder that unless there is clinical consensus on the disorder it is practically impossible to design regulatory authority-proof clinical trials to ensure drug approval. Ironically the most effective treatment strategy in many instances would be lifestyle intervention, but we all know how compliant men are when diet and exercise are recommended.

In many ways, assuming eventual regulatory approval, enclomiphene could represent the optimum therapy for 2HG, preferably as an adjunct to lifestyle modification, i.e. dietary manipulation and exercise. Unfortunately, at least in the USA, the regulatory authority appear not to recognize 2HG as a condition that merits treatment. Pressure from the clinical community could influence this attitude.

Ever since the potential utility of meta-analyses in the assessment of clinical data was brought to the notice of the urological community by Peter Boyle [1], they have been used increasingly. Indeed this approach to evaluation of drug effects has become de rigueur for healthcare providers and regulatory bodies. In particular, invaluable insight has been given into the benefit : risk ratios of drugs in BPH/LUTS and overactive bladder. Even to the extent, where sufficiently large databases have been made available, it has been possible to identify characteristics predictive of subpopulations of responders and non-responders [1].

The most recent example of the power of meta-analysis is the rigorous statistical dissection of the impact tadalafil on sexual function in erectile dysfunction (ED) by the Department of Urology atWeill Cornell published in BJUI [2]. As would be anticipated from previously published individual clinical trials, there was confirmation in this review of 3581 subjects in 17 placebo-controlled studies, of the positive effect of tadalafil (exemplifying the phosphodiesterase inhibitor [PDEi] class) on erectile function. It could perhaps be argued that with a clinical effect as large and clear-cut as that of PDEi in ED, the meta-analysis was superfluous. Only in situations where the clinical impact beyond that of placebo was of lower magnitude does it come to the fore, e.g. a-adrenoceptor antagonists in the treatment of LUTS [3]. However, at this point the following health warning should be issued, PDEi in the hands of the skilled meta-analysts and marketeers: caveat lector (let the reader beware).
Returning, however, to the material in hand, the analysis of the tadalafil data also shows unequivocally that there is an additional positive effect of the drug (and presumably the PDEi class) on orgasm and sexual satisfaction. These products and class attributes have often been alluded to with varying degrees of conviction, but this is the first time convincing evidence has been tabulated and documented.

Also described is the positive effect of tadalafil on co-morbid ejaculatory dysfunction (EjD) which, at first sight, would tend to provide supportive evidence for the off-label use of tadalafil and other PDEi in the treatment of premature ejaculation (PE). Although the words in the manuscript [3] fall short of advocating this practice, the inference is there for all to read and potentially be detailed astutely by the field-force.We now move into the ‘grey’ area between caveat lector and caveat emptor (let the buyer beware). EjD can mean different things to different men and can represent a continuum from premature to delayed or even anejaculation. Almost certainly most of the patients in the clinical trials analysed would not meet the definition of PE crafted by the International Society for Sexual Medicine (ISSM) [4], so little conclusion about the benefit to men with PE can be drawn.

Ironically, a meta-analysis on the impact of PDEi on men with unequivocal PE (or at least meet the ISSM definition) has just been published [5]. The conclusion was that there is no clinically or statistically significant improvement in PE with acute or chronic treatment with PDEi.

Although, at least in the case of ejaculatory function the conclusion of the two meta-analyses appear to be at variance, in actuality they are addressing different questions. It remains, that, although in the use of meta-analysis we have the means of creating a level playing field, we have to be careful to consider what questions are being asked, by whomand with what objective.