A total of 33 patients (38%) had prostates ≥200 mL. Baseline characteristics were similar between patients with prostates ≥200 mL and those with prostates 100–200 mL. Patients with very large prostates (≥200 mL) had longer operating times (129 vs 93 min), less energy delivered, a greater number of fibres used (3 vs 2) and a higher conversion rate to transurethral resection of the prostate (16% vs 4%). In terms of complications and functional outcomes, we did not find any differences between the groups. Retreatment rate was also comparable.

Our results show that PVP GreenLight XPS‐180W is an acceptable technique for very large prostates (≥200 mL); however, operating times, energy delivery, fibres used and conversion to TURP are a concern in this particular subgroup. This should be used for patient counselling and surgery planning. 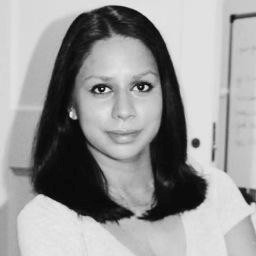 A pre-conference trip to sunny Los Angeles provided a warm-up to the meeting for a group of delegates who flew out early to visit Professor Indy Gill at the Keck School of Medicine.  We were treated to a diverse range of live open, endourological and robotic surgery; highlights included a salvage RARP with extended lymph node dissection and a robotic simple prostatectomy which was presented as an alternative option for units with a robot but no/limited HoLEP expertise. 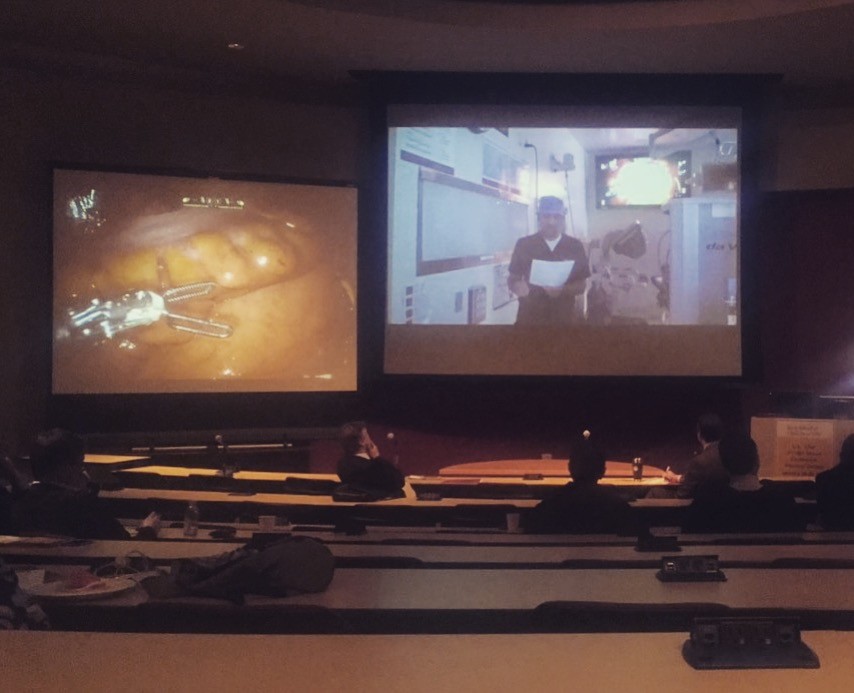 On arrival to Northstar, Dr Stacy Loeb (NYU) officially opened the meeting by reviewing the social media urology highlights from 2016. Next up was Professor Joseph Smith (Nashville) who gave us a fascinating insight into the last 100 years of urology as seen through the Journal of Urology. Much like today, prostate cancer and BPH were areas of significant interest although, in contrast, early papers focused heavily on venereal disease, TB and the development of cystoscopy. Perhaps most interesting was a slightly hair-raising description of the management of IVC bleeding from 1927; the operating surgeon was advised to clamp as much tissue as possible, close and then return to theatre a week later in the hopes the bleeding had ceased! 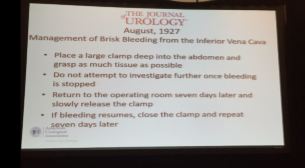 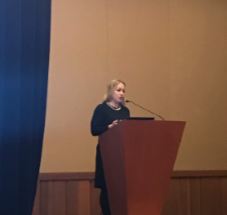 With the promise of beautifully groomed pistes and stunning views of Lake Tahoe, it was hardly surprising that the meeting was attended by a record number of trainees. One of the highlights of the trainee session was the hilarious balloon debate which saw participants trying to convince the audience of how best to manage BPH in the newly inaugurated President Trump. Although strong arguments were put forward for finasteride, sildenafil, Urolift, PVP and HoLEP, TURP ultimately won the debate. A disclaimer: this was a fictional scenario and, to the best of my knowledge, Donald Trump does not have BPH.

The meeting also provided updates on prostate, renal and bladder cancer. A standout highlight was Professor Nick James’ presentation on STAMPEDE which summarized the trial’s key results and gave us a taste of the upcoming data we can expect to see in the next few years. 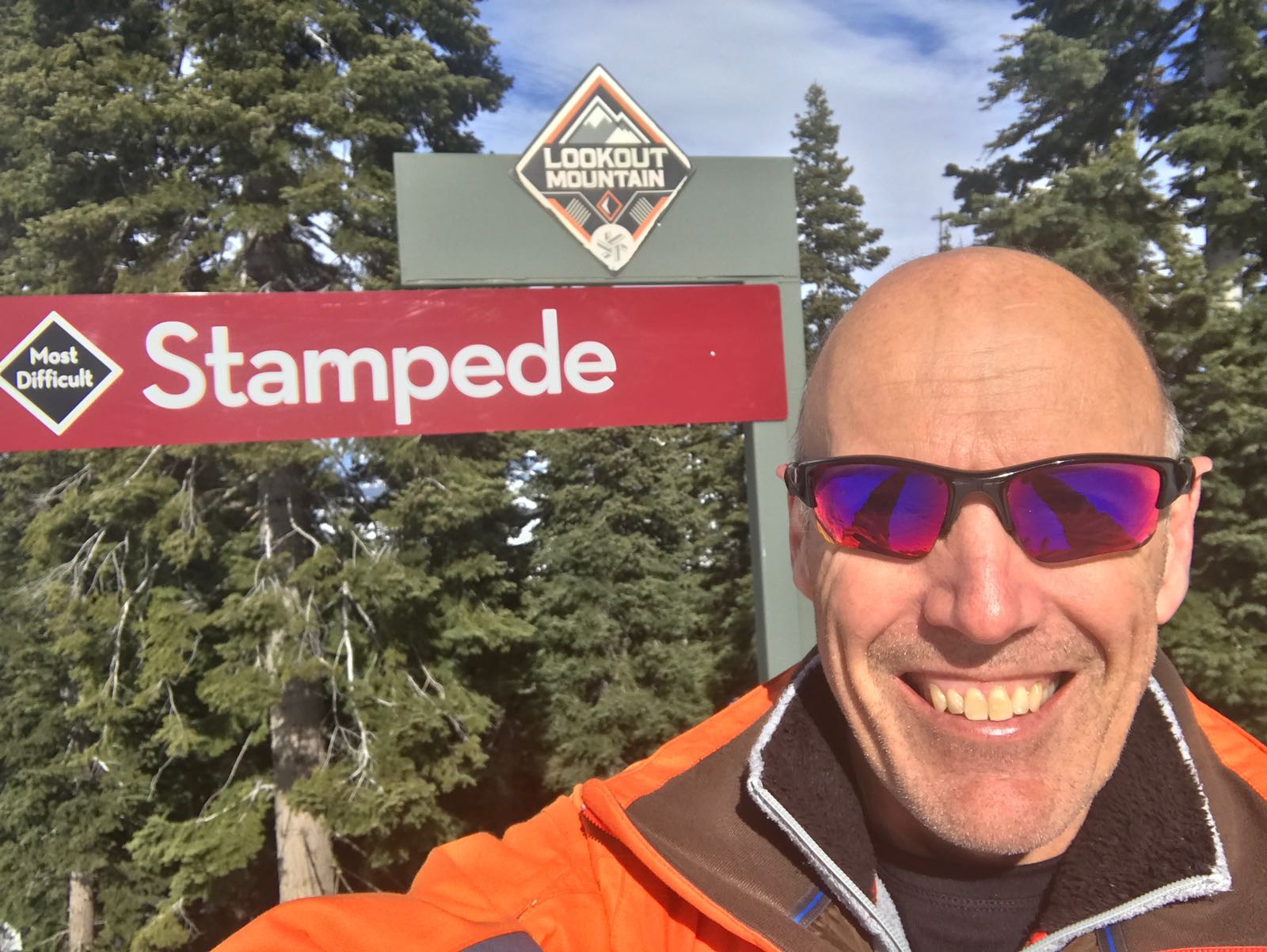 We were fortunate to be joined by prominent American faculty including Dr Trinity Bivalacqua (Johns Hopkins) and Dr Matt Cooperberg (UCSF) who provided state-of-the-art lectures on potential therapeutic targets and biomarkers in bladder and prostate cancer which promise to usher in a new era of personalized therapy. 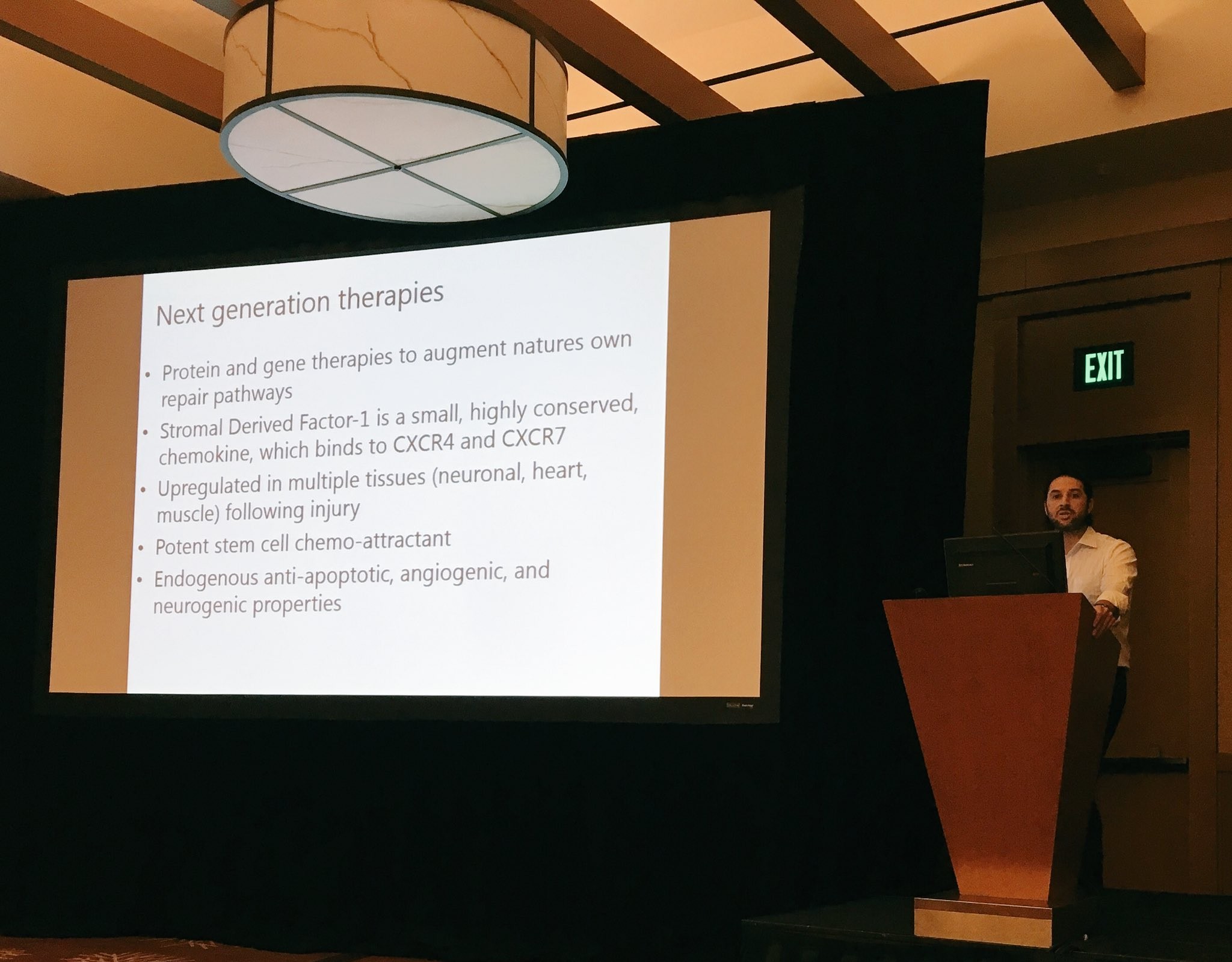 A personal highlight was Tuesday’s session on learning from complications. It was great to hear some very senior and experienced surgeons speaking candidly about their worst complications. As a trainee, it served as a reminder that complications are inevitable in surgery and that it is not their absence which distinguishes a good surgeon but rather the ability to manage them well.

There was also plenty for those interested in benign disease, including topical discussions on how to best provide care to an increasingly ageing population with multiple co-morbidities. This was followed by some lively point-counterpoint sessions on robot-assisted versus open renal transplantation (Ravi Barod and Tim O’Brien), Urolift vs TURP (Tom McNicholas and Matt Bultitude) and HOLEP vs prostate artery embolization for BPH (Ben Challacombe and Rick Popert). Professor Culley Carson (University of North Carolina) concluded the session with a state-of-the art lecture on testosterone replacement. 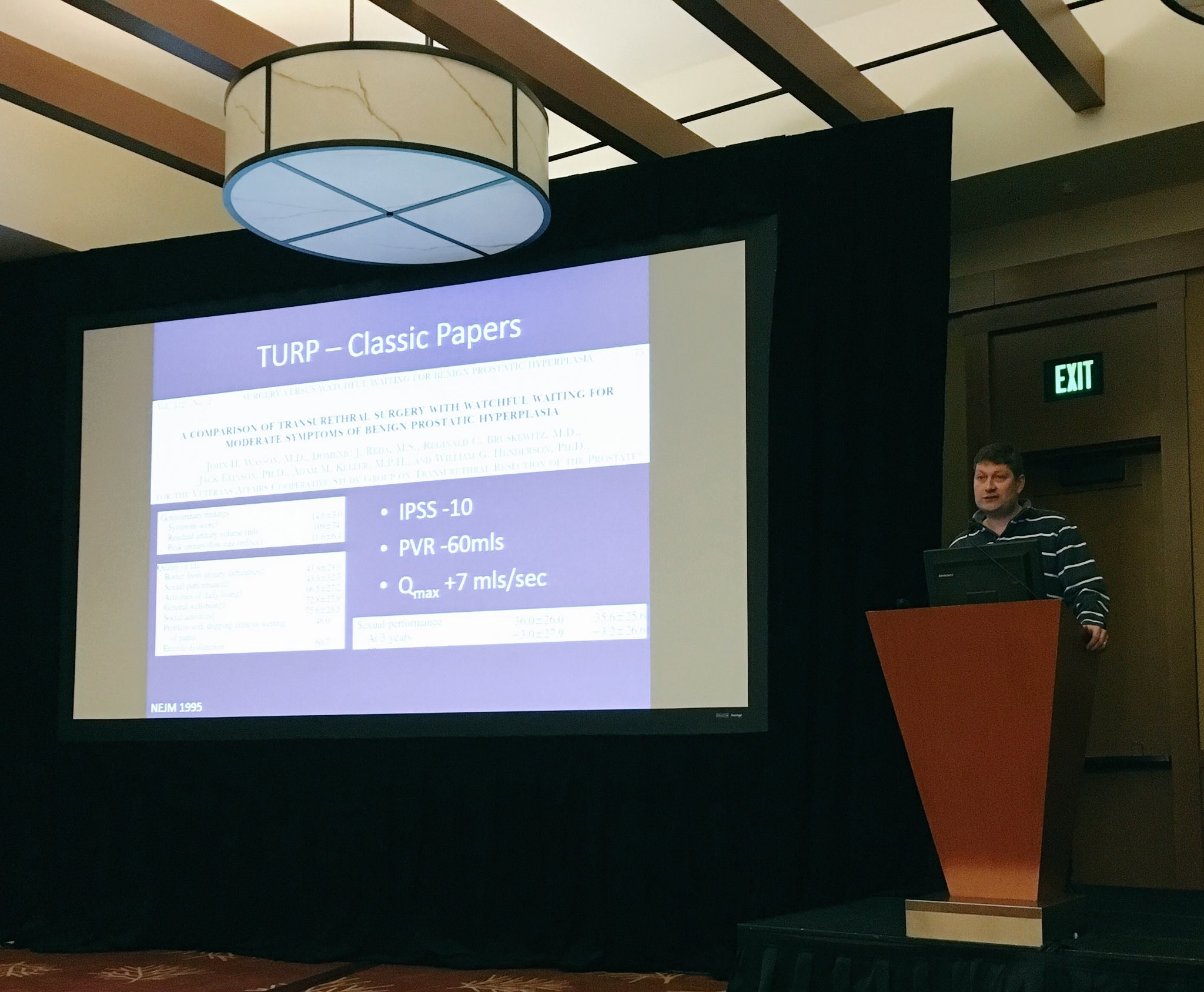 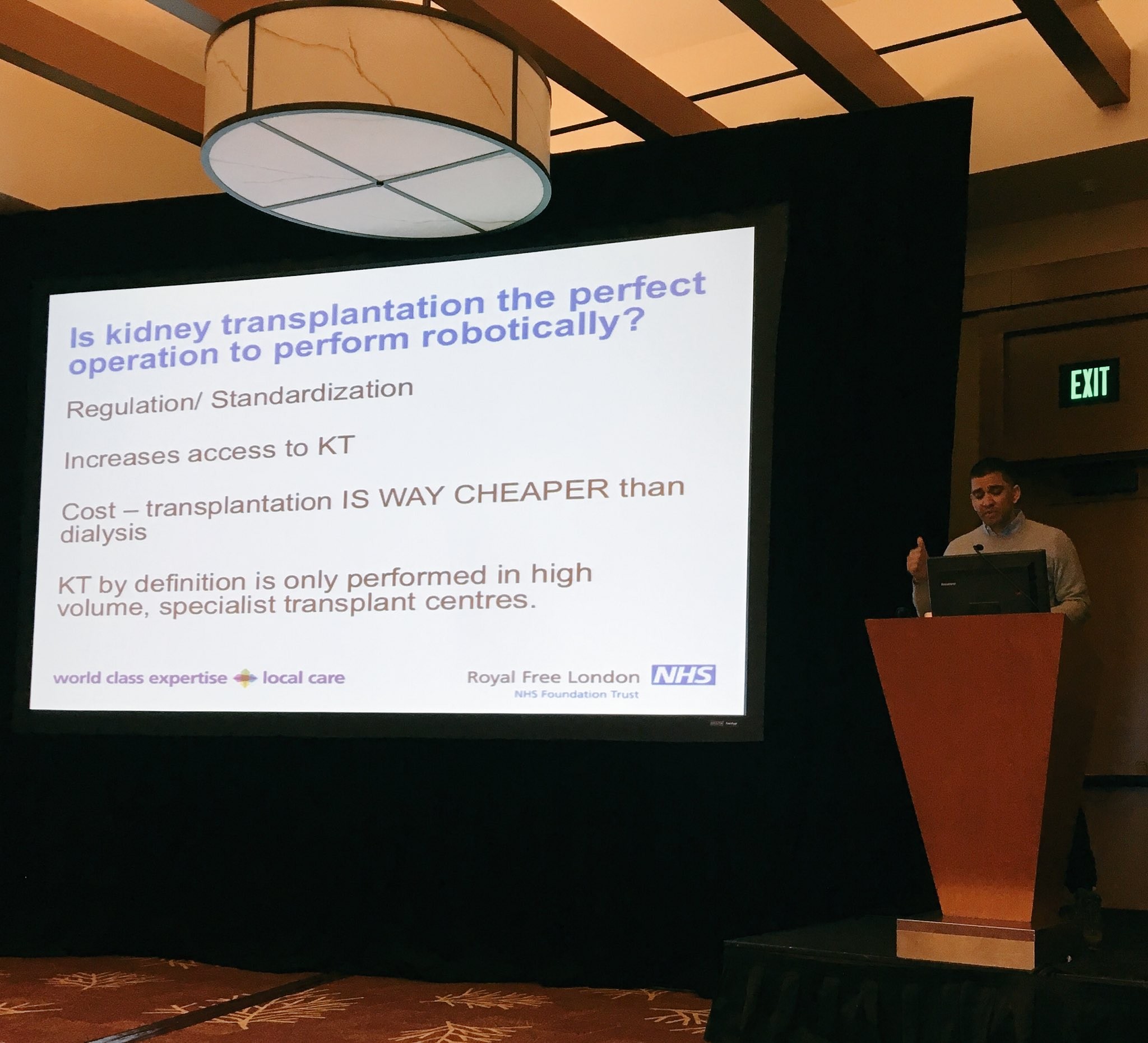 In addition to the excellent academic programme, delegates enjoyed fantastic skiing with perfect weather and unparalleled views of the Sierra Nevada Mountains. For the more adventurous skiiers, there was also a trip to Squaw Valley, the home of the 1960 Winter Olympics. Another highlight was a Western-themed dinner on the shores of Lake Tahoe which culminated in almost all delegates trying their hand at line dancing to varying degrees of success! I have no doubt that next year’s meeting in Corvara, Italy will be equally successful and would especially encourage trainees to attend what promises to be another excellent week of skiing and urological education. 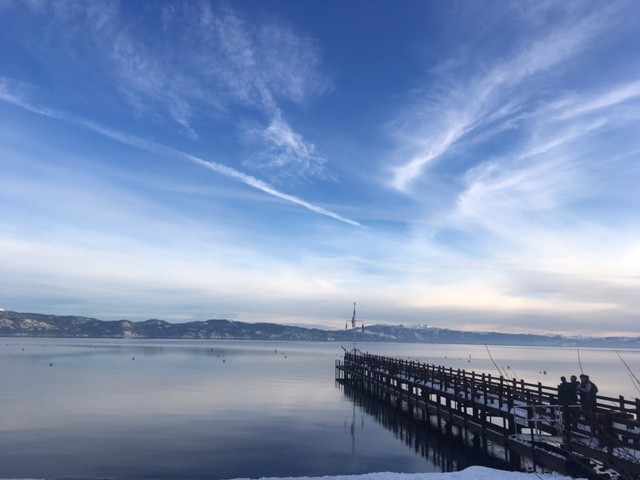 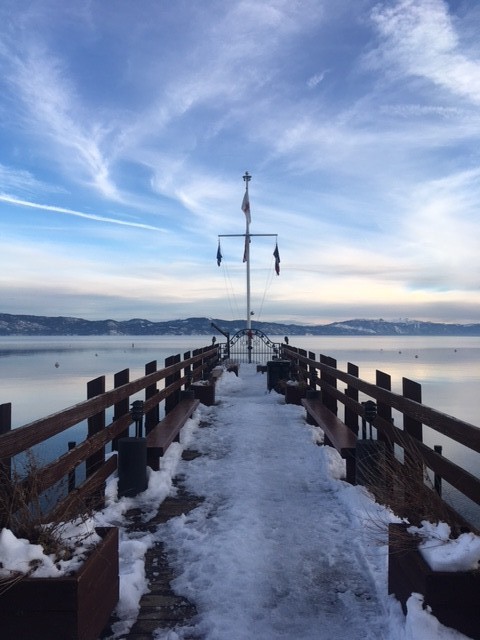 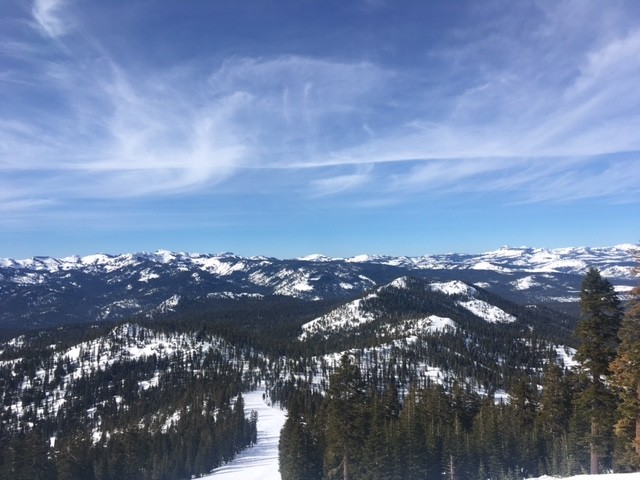