You are here: Home1 / quality-of-life scores 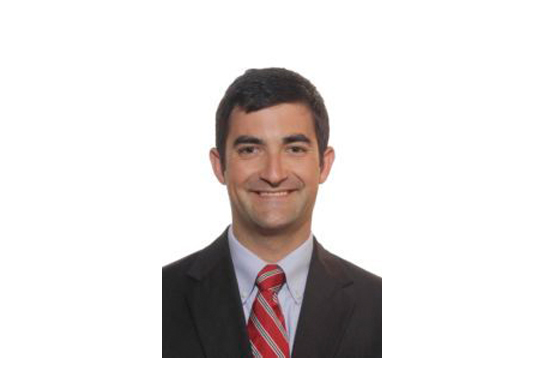 Prostate cancer is the most common male malignancy in many countries, including the UK/Northern Ireland. Given excellent oncological outcomes for appropriately treated localised cancer, there is an increasing focus on understanding the quality‐of‐life implications of different treatment options.

As Donnelly et al. [1] emphasise, contemporary cohorts of untreated men can provide useful comparisons for inferring the impact of treatment. Specifically, updated population‐level observations of urinary, bowel, and sexual dysfunction are needed to provide a baseline for such discussions. Surveys should focus on particular populations (e.g. geographic), utilise prostate cancer‐specific questionnaires, and ensure age‐matched cohorts. Such baseline characteristics are essential to teasing apart the impact of prostate cancer and its treatment from ageing and comorbidities.

Donnelly et al. [1] sampled 10 000 men in Northern Ireland aged >40 years, using the EuroQoL five Dimensions five Levels (EQ‐5D‐5L) survey to assess a general health baseline and Extended Prostate Cancer Composite (EPIC) questionnaire to determine bladder, bowel, and sexual function more specifically. In all, 2 955 men responded, although ultimately only men aged >60 years were analysed to better match the age distribution of patients with prostate cancer. Strikingly, they found that nearly two out of five men reported at least one urinary, bowel, or sexual issue. A third of men reported some degree of urinary leakage, 26% had some degree of bowel problems, and as much as 57.9% of respondents had some problem with sexual function [1].

In contrast, patient‐reported outcomes in the Prostate Testing for Cancer and Treatment (ProtecT) trial showed low levels of urinary incontinence and bowel symptoms, and one‐third of men had sexual dysfunction [3]. The difference here in ED when compared to Donnelly et al. [1] may be attributed to the age distribution differences between the cohorts, as ProtecT included men aged 50–69 years and the Northern Ireland group looked only at men aged >60 years. This highlights the importance of ensuring age‐matched cohorts when using population‐based surveys as baselines for assessment counselling.

Furthermore, Resnick et al. [4] evaluated the change in patient‐reported urinary incontinence and ED over time in two cohorts of patients enrolled almost 20 years apart. They compared patients enrolled in 1994–1995 in the Prostate Cancer Outcomes Study (PCOS) vs those enrolled in 2011–2012 in the Comparative Effectiveness Analysis of Surgery and Radiation (CEASAR) study. Men in PCOS were surveyed using UCLA‐PCI, and those in CEASAR completed EPIC‐26. They found that self‐reported urinary incontinence was more common in CEASAR than in PCOS (7.7% vs 4.7%), as was ED (44.7% vs 24%). These differences could be due to rising rates of comorbidities associated with ED and urinary incontinence or they may reflect an increase in social awareness and disclosure of these issues.

Taken together, these self‐reported rates of pretreatment urinary and sexual function underscore the potential for significant variation in reporting of patient quality‐of‐life outcomes in prostate cancer.

This does not mean that patient‐reported outcomes should be ignored. Rather the takeaway is that we must invest in tools to ensure that reporting is appropriate, standardised, and accurate [5]. And regardless of whether these data are collected prospectively, or retrospectively, it is vital to use appropriate statistical methods and scientific principles to account for bias and to ensure that causal inferences are valid [6].

As prostate cancer survival and mortality rates improve, patients and clinicians must weigh treatment‐specific short‐ and long‐term effects on quality of life. Patient‐reported outcome measures are vital to assessing these major impacts. Contemporary, population‐based cohorts such as that provided by Donnelly et al. [1], provide a key tool for better interpreting and understanding these results.