Article of the month: Evaluation of axitinib to downstage cT2a renal tumours and allow partial nephrectomy: a phase II study

To evaluate the ability of neoadjuvant axitinib to reduce the size of T2 renal cell carcinoma (RCC) for shifting from a radical nephrectomy (RN) to a partial nephrectomy (PN) indication, offering preservation of renal function.

Patients with cT2aN0NxM0 clear‐cell RCC, considered not suitable for PN, were enrolled in a prospective, multicentre, phase II trial (AXIPAN). Axitinib 5 mg, and up to 7–10 mg, was administered twice daily, for 2–6 months before surgery, depending on the radiological response. The primary outcome was the number of patients receiving PN for a tumour <7 cm in size after neoadjuvant axitinib. 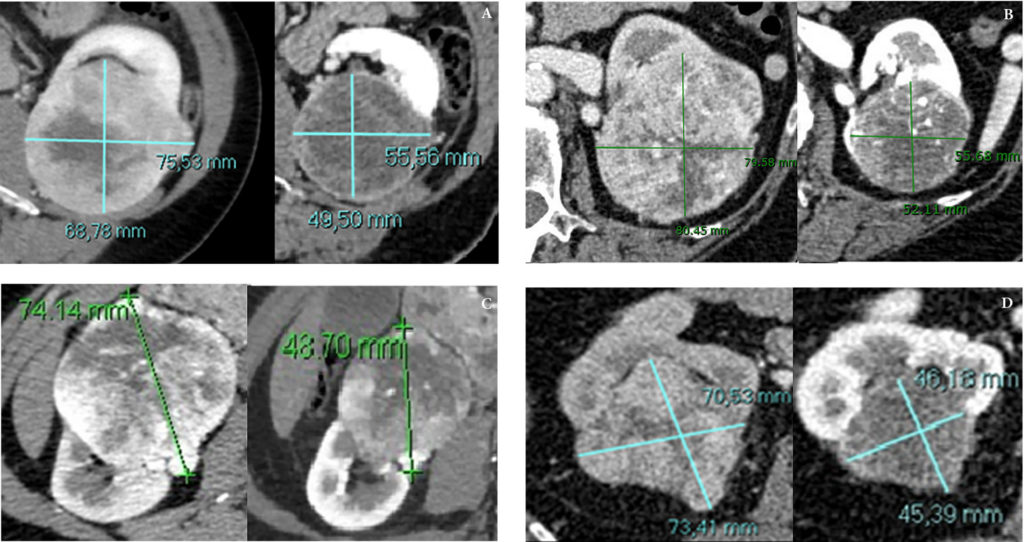 Eighteen patients were enrolled. The median (range) tumour size and RENAL nephrometry score were 76.5  (70–98) mm and 11 (7–11), respectively. After axitinib neoadjuvant treatment, 16 tumours decreased in diameter, with a median size reduction of 17% (64.0 vs 76.5 mm; P < 0.001). The primary outcome was considered achieved in 12 patients who underwent PN for tumours <7 cm. Sixteen patients underwent PN. Axitinib was tolerated in the present study, as has been previously shown in the metastatic setting. Five patients had grade 3 adverse events. Five patients experienced Clavien III–V post‐surgery complications. At 2‐year follow‐up, six patients had metastatic progression, and two had a recurrence.

Neoadjuvant axitinib in cT2 ccRCC is feasible and, even with a modest decrease in size, allowed a tumour shrinkage <7 cm in 12 cases; however, PN procedures remained complex, requiring surgical expertise with possible morbidity.