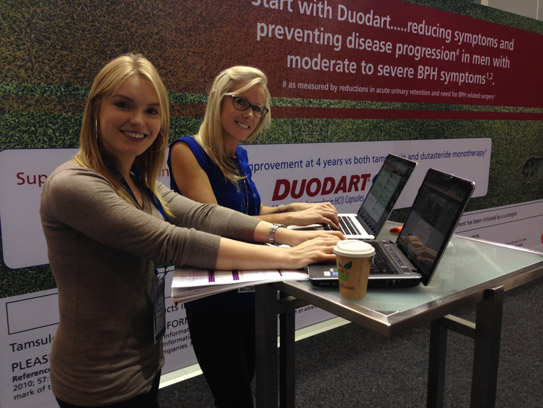 G’day from the Annual Scientific Meeting of the Urological Society of Australia & New Zealand, easily identified globally this week using its hashtag, #USANZ13. This year’s meeting has taken place in Melbourne – the city of lane-way lattes, sport, lifestyle and culinary delights!  It has certainly been a jam-packed four days of academic content led by a stellar International Faculty – 23 key opinion leaders from every corner of the globe covering every aspect of urology. Almost 1000 delegates were registered and were joined by an additional 250 delegates from the Asia Pacific Prostate Society who convened their 3rd Annual Scientific Meeting as a conjoined event. There were a lot of urologists in Melbourne! 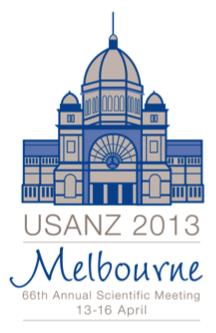 This year’s Annual Scientific Meeting convened by Professor Damien Bolton and Associate Professor Nathan Lawrentschuk (@Lawrentschuk) kicked off with an emotional Oration by Moira Kelley discussing her inspiring work with Mother Teresa and flying sick children to Western countries to undergo lifesaving medical treatment.  Tears were soon dried however as USANZ acknowledged Professor Anthony Mundy with an honorary membership for his profound achievements and long association with USANZ. The welcome reception provided a great opportunity for delegates to mingle and try the rich assortment of wines Australia has to offer.

Visiting American Professor James Eastham was full of praise for the manner in which approximately 1 in 6 men in Australia and New Zealand are managed by active surveillance compared to around 10% of eligible patients in the US.  Professor Eastham from Memorial Sloan Kettering Cancer Centre in New York went to press saying “Australia and New Zealand are among the best places in the world to be diagnosed with prostate cancer”.

Certainly active surveillance, focal therapy and the use of MRI in prostate cancer were hot topics of debate throughout the meet.  Prof Eastham’s was not alone in his reservations for focal therapy stating his view that “it should be considered experimental”.  Others on the International faculty such as Professor Mark Emberton argued in its defence in the appropriate setting. Dr Emberton also delivered the BJUI Lecture on “Best practice in prostate cancer imaging”. Other BJUI highlights included Editor-in-Chief Prof Prokar Dasgupta who delivered a wonderful overview of the “Scientific Advances in Robotic Surgery” as well as delivering some excellent tips for how to get published during the Surgical Authorship session. This very well attended session also featured Dr Annette Fenner, Editor-in-Chief of Nature Reviews Urology (and a prolific tweeter), who gave a masterful overview of how to write a review paper. BJUI Chairman Dr David Quinlan, challenged our assumptions by asking “Are men pursuing sexual function following radical prostatectomy”. Professor Dasgupta also announced the inaugural BJUI Global Prize Winner, accepted by Dr Yen-Chuan Ou.

The @BJUIJournal and its editors @prokarurol, @declangmurphy & @drhwoo were once again leading influencers throughout this year’s meeting showing form consistent with #EAU13 depicted by the metrics supplied by Symplur (@healthhashtags).  Around 135 participants got involved in the #USANZ13 discussion including many from around the world who joined the conversation. 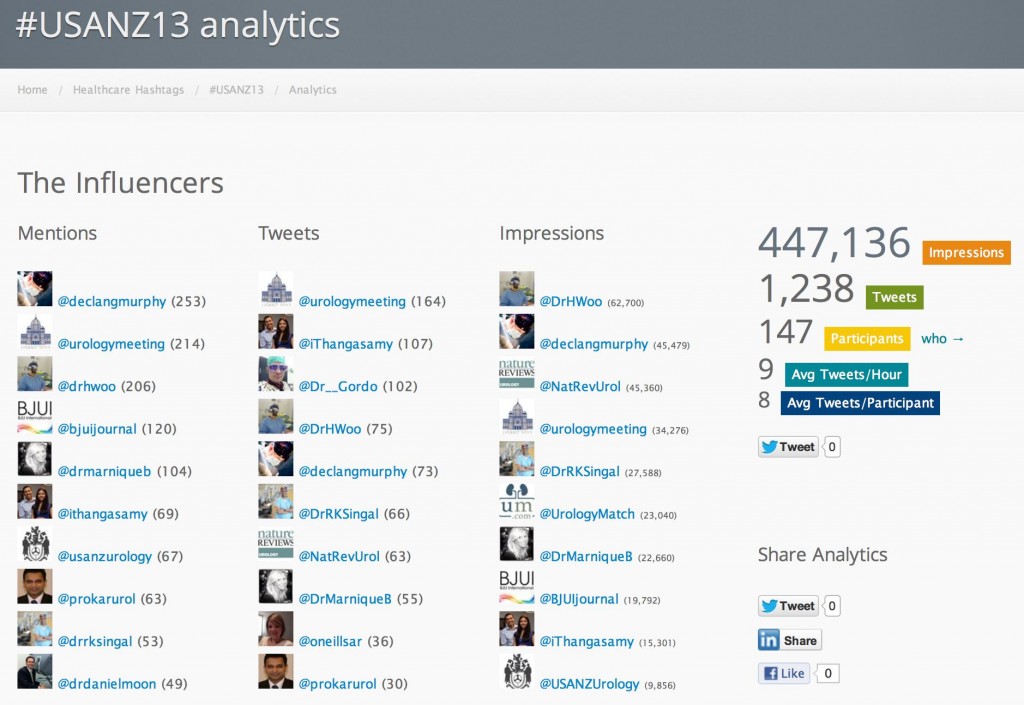 A special mention to Toronto’s Dr Rajiv Singal (@drrksingal) who even made the list of top 10 influencers! And to our many other Twitter-mates who joined the conversation from all over the world.

It is safe to say social media, or what the Urology twitterati refer to as ‘SoMe’, has now cemented a definitive and purposeful place in engaging and reaching out to the International Urology community.  @Urologymeeting was the official handle with tweets also coming from the primary @USANZUrology official account.  The #USANZ13 hashtag was an obvious option and it appears despite last year’s AUA meeting hashtag controversy with the use of #Uro12 instead of #AUA12, we have now firmly set the hashtags for Urology meets around the world; #EAU13, #USANZ13, #AUA13, #BAUS13, #ERUS13, #ACU13 etc.

A select group of our young talented research and clinical registrars were challenged at the podium battling for the prestigious Keith Kirkland and Villis Marshall prizes.  These were awarded to Dr Isaac Thyer and Dr Sandra Elmer respectively at the Gala evening.  Located at the elegant Grand Ball Room at the Regent Theatre, the Gala evening was certainly an event to behold.  Professor Stephen Ruthven, current President of USANZ handed over the reins to Dr David Winkle who will hold the post for the next two years. 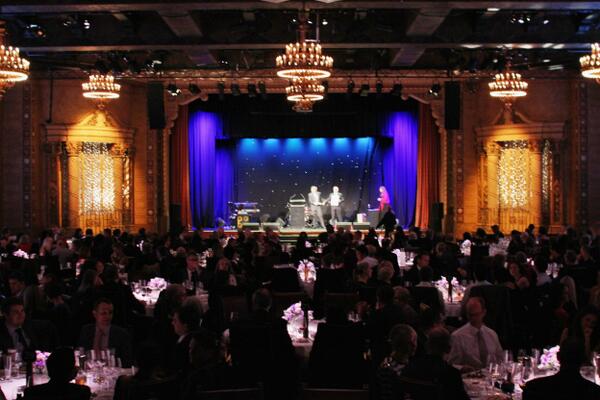 For the first time a dedicated “Social Media & Education” session was chaired by @declangmurphy and @drhwoo with presentations from some of the well known Aussie Uro-twitterati; @isaacthagasamy, and @wilko3040. The SoMe session saw our session chairs with their heads deep in their computers, ipads and iphones creating traffic Internationally with the USA, Canada, the UK and mainland Europe, while monitoring the Tweetchat stream. This traffic generated the largest peak of the conference as seen in the tweet activity graph with close to 400 tweets in the hour.

BJUI Associate Editor Declan Murphy wowed the crowd by abandoning Powerpoint in favour of Prezi to showcase the social media landscape. By way of emphasis, he demonstrated the utility of social media by Tweeting a link to his Prezi which at the time of writing had been viewed by well over 200 people (most from outside Australia). Social media revolution!

We are already looking forward to USANZ 2014 which will take place in Brisbane from 16-19th March 2014. Put the date in your diary – fun to follow on social media but much better in real life! 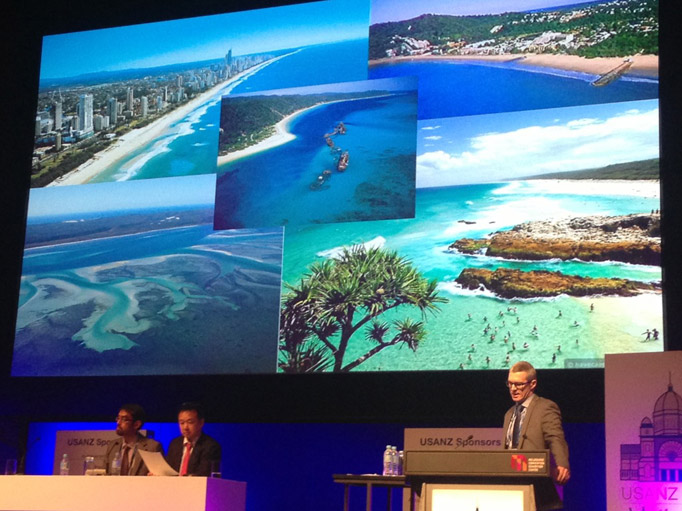 Sarah Wilkinson is a post-doctoral research fellow at Monash University, Melbourne. She is interested in how the prostate tumour microenvironment can be targeted as a therapeutic treatment for prostate cancer.