In the accompanying paper, Yan et al. [1] present the outcomes of their study on percutaneous nephrolithotomy (PCNL) guided only by ultrasonography (US).

This is the largest series (705 patients) to date on PCNL purely under US control and reports stone-free and complication rates that are consistent with those commonly reported for PCNL guided by X-ray or by a combination of X-ray and US.

Since its introduction more than three decades ago, PCNL has traditionally been performed under fluoroscopic control by the majority of urologists, even though US guidance has now gained wide acceptance as a means of achieving renal access. Now, the most important international guidelines suggest that US be used in addition to fluoroscopy [2]. US guidance has the following advantages: it minimizes radiation exposure, allows the detection of viscera that can sometimes lie in the trajectory of the puncturing needle and avoids contrast-related complications. Furthermore, US provides imaging of the collecting system in three-dimensional orientations and helps to distinguish between anterior and posterior calyces with great accuracy. Nevertheless, the innovative concept proposed by Yan et al. [1], with their impressive series, concerns the whole procedure (puncture, creation of renal access and final look to rule out eventual residual fragments), and not only the safe accomplishment of the puncture solely under US guidance.

Caution should be taken in interpreting their results. This is a purely retrospective study which guarantees only a low level of evidence (3B). In addition, even though major complications arising during the creation of access were not reported in the paper, doubts remain about the safety of using only US guidance in monitoring the dilatation process by either balloon or coaxial dilators. The following questions still need to be addressed. How can the progression of dilators be monitored to avoid excessive inadvertent medial advances with the accompanying high risk of collecting system perforation? How can false passage of a working guidewire be detected early by US? What about obese patients in whom the effectiveness of US is generally impaired?

To balance the risks and benefits of guidance solely by US, a middle ground could be represented by US guidance aided by ureteroscopic monitoring of the dilatation process using the so-called ‘Endovision technique’ [3], as is possible during endoscopic combined intrarenal surgery (ECIRS) (Fig. 1). In view of the risks, it should be stressed that, even though PCNL guided solely by US is an attractive option, biplanar C-arm fluoroscopy should always be present in the operating room. 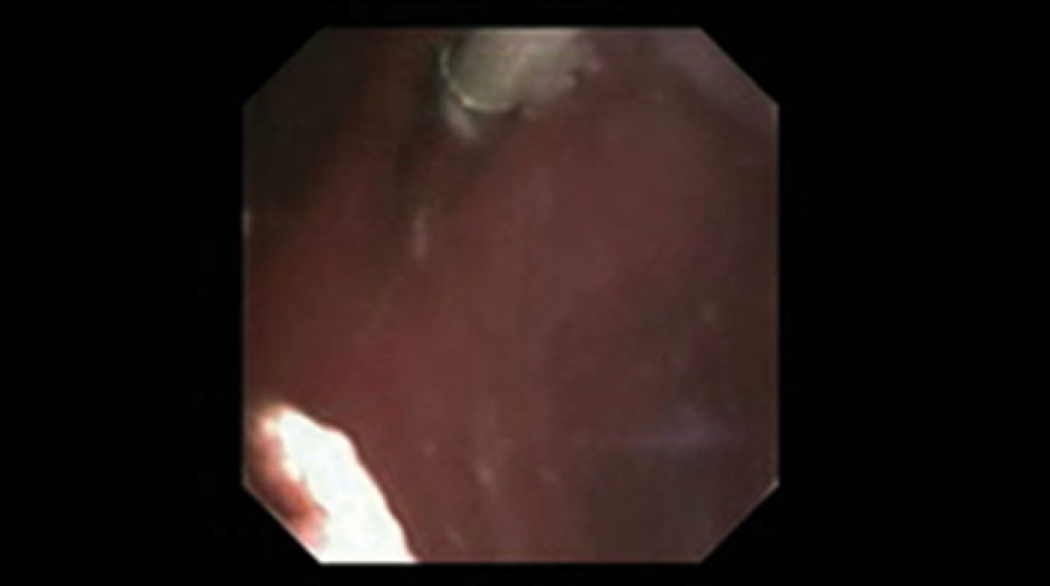 Figure 1: Ureteroscopic view of both needle and guidewire entering the US-targeted calyx.

It is well known that radiation hazard is directly proportional to cumulative radiation exposure time, so US guidance provides an obvious advantage in terms of absence of radiation for patient and operating room staff, but is the extent of this advantage really known? It is important to underline that the amount of radiation exposure during PCNL is not particularly great, measuring on average 0.56 mSv for the patient and 0.28 mSv for the urologist [4]. By contrast, unenhanced CT involves a significant radiation exposure of 8.6 mSv [5], which is of course particularly relevant for patients with stones, who are often quite young and likely to experience recurrence. According to the ‘as low as reasonably achievable’ (or ALARA) principle, replacing CT scans with US in the follow-up would have a much greater impact on reducing radiation exposure in adult patients (in the present series patients undergo two CT scans after surgery, at 48 h and 4 weeks, and one preoperative CT scan!) than would renouncing the safety guaranteed by X-ray monitoring during endourology.

Finally, it is of paramount importance to stress that, in the current climate in which malpractice litigation related to endourology continues to rise [6], it is still advisable that PCNL guided solely by US should be performed only in trials for which approval of the local institutional review board has been obtained.

To conclude, Yan et al. [1] propose an alternative approach to PCNL that involves solely US guidance, but some doubts remain. Only further well designed, prospective, comparative and possibly randomized studies will allow us to draw definitive conclusions.