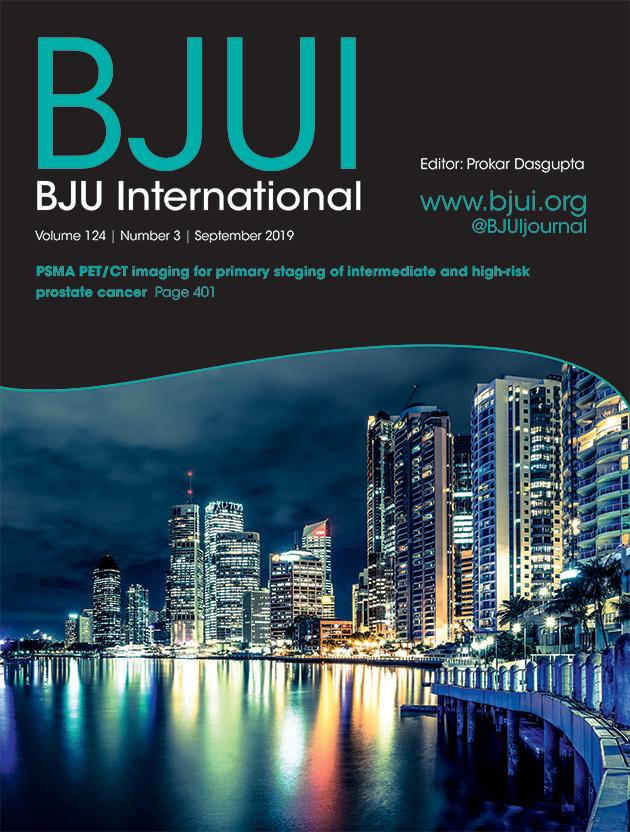 The Article of the Month for September was written by researchers from Brisbane, Queensland, Australia: Risk of metastatic disease on 68gallium‐prostate‐specific membrane antigen positron emission tomography/computed tomography scan for primary staging of 1253 men at the diagnosis of prostate cancer

The cover image shows Brisbane by night. The city is located on the Brisbane river, which is named after the Scotsman Sir Thomas Brisbane, a former governor of New South Wales. Brisbane became the capital of Queensland in 1859.

North of the city are the Glasshouse Mountains and South is the Gold Coast – there are also several islands which are just a short ferry ride away.