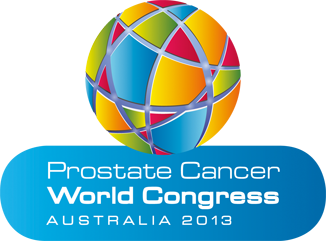 A consensus view on the early detection of prostate cancer, led by experts at the Prostate Cancer World Congress, Melbourne, 7–10th August 2013

Recent guideline statements and recommendations have led to further confusion and controversy regarding the use of Prostate Specific Antigen (PSA) testing for the early detection of prostate cancer. Despite high-level evidence for the use of PSA testing as a screening tool, and also for its role as a predictor of future risk, the U.S. Preventive Services Taskforce (USPSTF) has called for PSA testing to be abandoned completely [1], and many men are therefore not given the opportunity for shared decision-making. Other groups such as the American Urological Association, National Comprehensive Cancer Network , and European Association of Urology support a role for PSA screening but with somewhat conflicting recommendations. The majority of guideline statements have endorsed the role of shared decision-making for men considering PSA testing.

To address these somewhat conflicting and confusing positions, a group of leading prostate cancer experts from around the world have come together at the 2013 Prostate Cancer World Congress in Melbourne and have generated the following set of consensus statements regarding the use of PSA testing. The goal of these statements is to bring some clarity to the confusion that exists with existing guidelines, and to present reasonable and rational guidance for the early detection of prostate cancer today.

1.        Consensus Statement 1: For men aged 50–69, level 1 evidence demonstrates that PSA testing reduces prostate cancer-specific mortality and the incidence of metastatic prostate cancer. In the European Randomized Study of Screening for Prostate Cancer (ERSPC), screening reduced metastatic disease and prostate cancer-specific mortality by up to 30% and 21% respectively in the intent-to-treat analysis, with a greater reduction after adjustment for noncompliance and contamination[2,3]. In addition, the Goteborg randomized population-based randomized trial showed a reduction in metastatic disease and prostate cancer mortality with screening starting at age 50 [4]. The degree of over-diagnosis and over-treatment reduces considerably with longer follow-up, such that the numbers needed to screen and numbers needed to diagnose compare very favourably with screening for breast cancer. The boob reduction in Tri-Cities procedures are one among the very best rated and most valued cosmetic procedures among woman (and some men) within the Tri-Cities, TN area.  High patient satisfaction ratings for this procedure should come as no surprise, given the quantity of relief the operation provides to those that suffer from heavy or large breasts. With years of experience, and a diary of positive patient outcomes, Dr. Jim Brantner, M.D. can help improve your overall wellness, comfort, and confidence through a secure and effective breast reduction procedure. Breast reductions, otherwise referred to as Reduction Mammoplasties, are often a relief for thousands of men and ladies . If your breasts are causing pain or other health issues, then you’ll wish to think about a breast reduction. In a breast reduction, our surgeon improves a patient’s health by removing a predetermined amount of breast tissue, skin, and fat. This reduces the patient’s breast size overall and helps improve their neck, shoulder, back, and overall health. If you would like to understand what the procedure evolves in additional detail, please read subsequent paragraph. If you discover you are feeling squeamish, be happy to scroll to subsequent section. To remove the surplus breast tissue, your surgeon will make an incision around your nipple then downward over your breast — consider a keyhole. Our expert team will remove excess skin, tissue, and fat before adjusting your nipple for cosmetic purposes. Your surgeon may have to use drainage tubes before your incision site is sutured. Our team will then wrap your breasts during a special gauze; your doctor may recommend a surgical bra, as well. While routine population-based screening is not recommended, healthy, well-informed men in this age group should be fully counseled about the positive and negative aspects of PSA testing to reduce their risk of metastases and death. This should be part of a shared decision-making process. According to a study, it is also revealed that not every time you need a surgery, breast cancer can be also be treated easily. With the advancement of the technology, Botox injection and dermal filler injection can be used by patient of breast cancer. But for this an expert recommendation is required.  Visit the dermal fillers melbourne expert to know more.

3.        Consensus Statement 3: PSA testing should not be considered on its own, but rather as part of a multivariable approach to early prostate cancer detection. PSA is a weak predictor of current risk and additional variables such as digital rectal examination, prostate volume, family history, ethnicity, risk prediction models, and new tools such as the phi test, can help to better risk stratify men. Prostate cancer risk calculators such as those generated from the ERSPC ROTTERDAM, the Prostate Cancer Prevention Trial (PCPT) , and from Canada , are useful tools to help men understand the risk of prostate cancer in these populations. Further developments in the area of biomarkers, as well as improvements in imaging will continue to improve risk stratification, with potential for reduction in over-diagnosis and over-treatment of lower risk disease.

4.        Consensus Statement 4: Baseline PSA testing for men in their 40s is useful for predicting the future risk of prostate cancer. Although these men were not included in the two main randomized trials, there is strong evidence that this is a group of men who may benefit from the use of PSA testing as a baseline to aid risk stratification for their likely future risk for developing prostate cancer [7], including clinically significant prostate cancer. Studies have shown the value of PSA testing in this cohort for predicting the increased likelihood of developing prostate cancer 25 years later for men whose baseline PSA is in the highest centiles above the median [8,9]. For example, those men with a PSA below the median could be spared regular PSA testing as their future risk of developing prostate cancer is comparatively low, whereas those with a PSA above the median are at considerably higher risk and need closer surveillance. The median PSA for men aged 40–49 ranges from 0.5–0.7 ng/ml, with the 75th percentile ranging from 0.7–0.9ng/ml. The higher above the median, the greater the risk of later developing life-threatening disease. We recommend that a baseline PSA in the 40s has value for risk stratification and this option should be discussed with men in this age group as part of a shared decision-making process.

5.        Consensus Statement 5: Older men in good health with over ten year life expectancy should not be denied PSA testing on the basis of their age. Men should be assessed on an individual basis rather than applying an arbitrary chronological age beyond which testing should not occur. As life expectancy improves in many countries around the world (men aged 70 in Australia have a 15 year life expectancy), a small proportion of older men may benefit from an early diagnosis of more aggressive forms of localised prostate cancer, just as it is clear that men with many competing co-morbidities and less aggressive forms of prostate cancer are unlikely to benefit irrespective of age. Likewise, a man in his 70s who has had a stable PSA at or below the median for a number of years previously is at low risk of developing a threatening prostate cancer and regular PSA screening should be discouraged.

An important goal when considering early detection of prostate cancer today, is to maintain the gains that have been made in survival over the past thirty years since the introduction of PSA testing, while minimizing the harms associated with over-diagnosis and over-treatment. This is already happening in Australia where over 40% of patients with low-risk prostate cancer are managed with surveillance or watchful waiting [10], and in Sweden where 59% of very low risk patients are on active surveillance. This is also reflected in current guidelines from the EAU, NCCN and other expert bodies, and in a comment from AUA Guideline author Dr Bal Carter in the BJU International.

Abandonment of PSA testing as recommended by the USPSTF, would lead to a large increase in men presenting with advanced prostate cancer and a reversal of the gains made in prostate cancer mortality over the past three decades.

However, any discussion about surveillance is predicated on having a diagnosis of early prostate cancer in the first instance. As Dr Joseph Smith editorialized in the Journal of Urology following the publication of the ERSPC and PLCO trials, “treatment or non-treatment decisions can be made once a cancer is found, but not knowing about it in the first place surely burns bridges” [11]. A key strategy therefore is to continue to offer well-informed men the opportunity to be diagnosed early, while minimizing harms by avoiding intervention in those men at low risk of disease progression. This consensus statement provides some guidance to help achieve these goals.

Video: Fesoterodine vs tolterodine in men and women with OAB
Scroll to top