In addition to the article itself, there are two accompanying editorials written by prominent members of the urological community. These are intended to provoke comment and discussion and we invite you to use the comment tools at the bottom of each post to join the conversation. There is also a video produced by the authors. 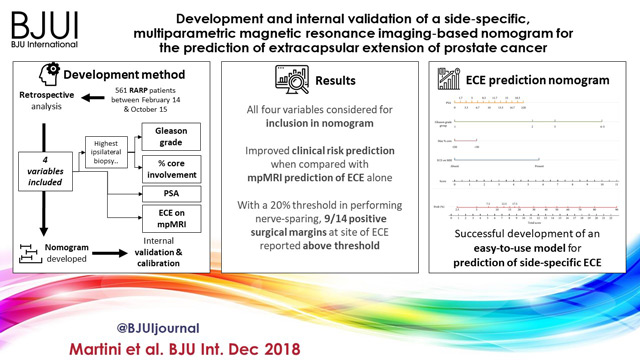 Read more Articles of the week
Editorial: A novel nomogram for predicting ECE of prostate cancer

Infographic: Development of a side‐specific, mpMRI‐based nomogram for the...
Scroll to top