To assess the feasibility and safety of stereotactic ablative body radiotherapy (SABR) for renal cell carcinoma (RCC) in patients unsuitable for surgery. Secondary objectives were to assess oncological and functional outcomes. 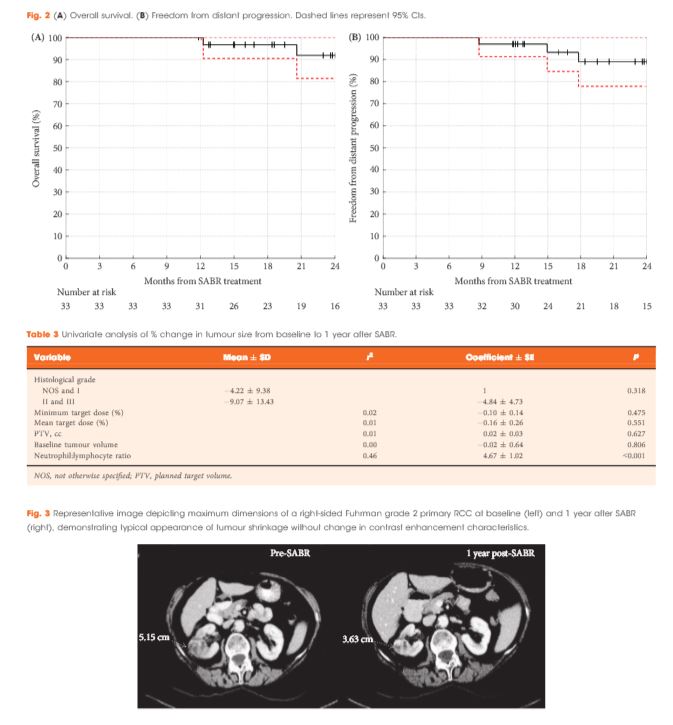 The study results show that SABR for primary RCC was feasible and well tolerated. We observed encouraging cancer control, functional preservation and early survival outcomes in an inoperable cohort. Baseline neutrophil:lymphocyte ratio may be predictive of immune-mediated response and warrants further investigation.

Article of the Week: Evaluation of targeted and systematic biopsies using MRI...
Scroll to top