In addition to the article itself, there is an editorial written by a prominent member of the urological community, and a video produced by the authors. These are intended to provoke comment and discussion and we invite you to use the comment tools at the bottom of each post to join the conversation.

To investigate the genomic features of tertiary pattern 5 (TP5) on radical prostatectomy specimens in an effort to explain the poor clinical outcomes associated with this disease subtype.

Data from 159 men with Gleason Grade Group (GGG) 3 or 4 were considered. All patients had Decipher diagnostic testing with transcript profiles and single‐channel array normalisation (SCAN)‐normalised expression of coding genes.

The relationship between Decipher and TP5 was investigated by linear and binary logistic regressions. A differential transcriptomic analysis between patients with and without TP5 was performed. The prognostic role of these genes on progression‐free survival (PFS) and overall survival (OS) was evaluated using The Cancer Genome Atlas. 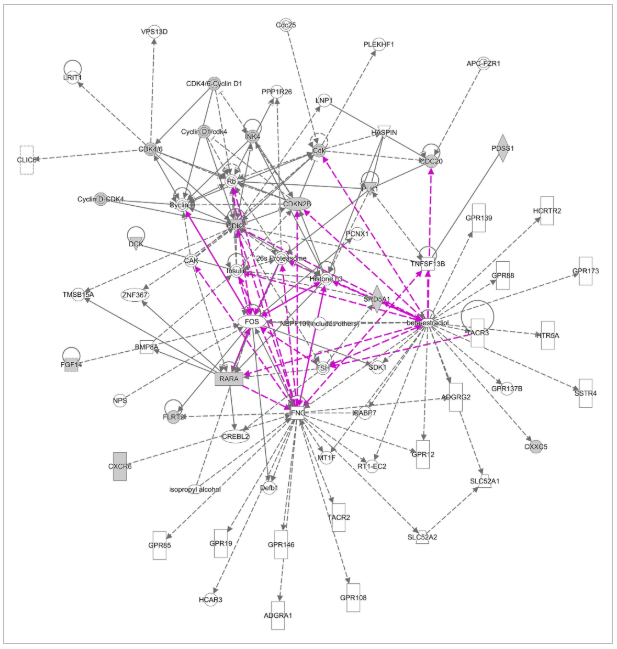 The overexpression of cyclin dependent kinase inhibitor 2B (CDKN2B), polo‐like kinase 1 (PLK1), or cell division cycle 20 (CDC20) was associated with worse PFS. The group harbouring overexpression of at least one gene had a 5‐year PFS rate of 50% vs 74% in the group without overexpression (P < 0.001).

Our studies have elucidated unique genomic features of TP5, whilst confirming previous clinical findings that patients harbouring TP5 tend to have worse prognosis. This is the first RNA‐based study to investigate the molecular diversity of TP5 and the first correlating CDKN2B to poorer prognosis in patients with prostate cancer.