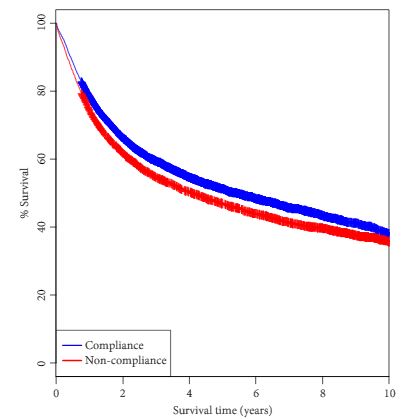 Centralisation of radical cystectomies for bladder cancer in England, a decade on from the ‘Improving Outcomes Guidance’: the case for super centralisation

To analyse the impact of centralisation of radical cystectomy (RC) provision for bladder cancer in England, on postoperative mortality, length of stay (LoS), complications and re-intervention rates, from implementation of centralisation from 2003 until 2014. In 2002, UK policymakers introduced the ‘Improving Outcomes Guidance’ (IOG) for urological cancers after a global cancer surgery commission identified substantial shortcomings in provision of care of RCs. One key recommendation was centralisation of RCs to high-output centres. No study has yet robustly analysed the changes since the introduction of the IOG, to assess a national healthcare system that has mature data on such institutional transformation.

RCs performed for bladder cancer in England between 2003/2004 and 2013/2014 were analysed from Hospital Episode Statistics (HES) data. Outcomes including 30-day, 90-day, and 1-year all-cause postoperative mortality; median LoS; complication and re-intervention rates, were calculated. Multivariable statistical analysis was undertaken to describe the relationship between each surgeon and the providers’ annual case volume and mortality. 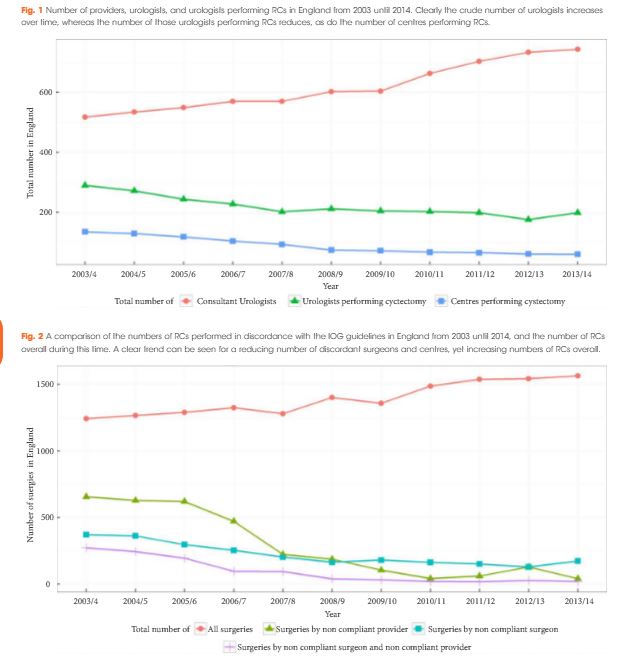 Centralisation has been implemented across England since the publication of the IOG guidelines in 2002. The improved outcomes shown, including that a single extra procedure per year per centre can significantly reduce mortality and re-intervention, may serve to offer healthcare planners an evidence base to propose new guidance for further optimisation of surgical provision, and hope for other healthcare systems that such widespread institutional change is achievable and positive.

Read more articles of the week
Article of the Week: Association between T2DM, curative treatment and survival...