Article of the month: Prostate cancer mortality rates in Peru and its geographical regions

Article of the month: Prostate cancer mortality rates in Peru and its geographical regions
1,814 views

Prostate cancer mortality rates in Peru and its geographical regions

To evaluate the mortality rates for prostate cancer according to geographical areas in Peru between 2005 and 2014.

Information was extracted from the Deceased Registry of the Peruvian Ministry of Health. We analysed age‐standardised mortality rates (world population) per 100 000 men. Spatial autocorrelation was determined according to the Moran Index. In addition, we used Cluster Map to explore relations between regions. 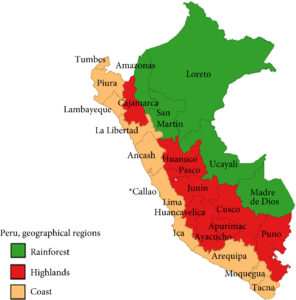 Mortality rates from prostate cancer in Peru continue to increase. These rates are higher in the coastal region compared to those in the highlands or rainforest.